Students were asked to write about Halloween.  The project entailed internet research and interviews. 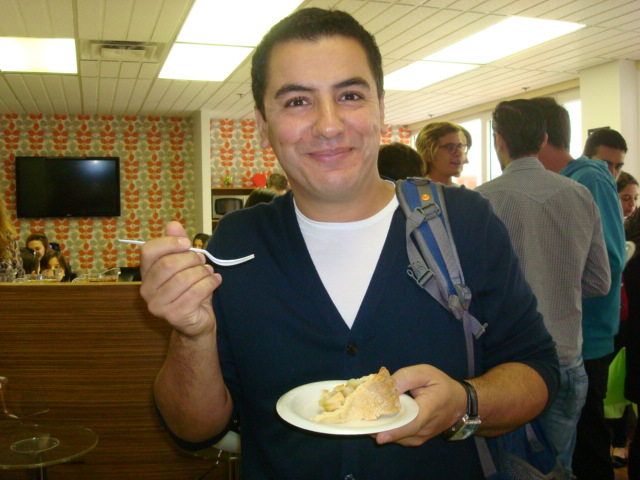 Halloween marked the end of the harvest season and the beginning of the winter; when people brought back livestock from the summer pastures. So the ritual began with livestock being slaughtered. People at that time would carve faces in the turnips and a candle was lit: The so called Jack-O’-lantern.

It was said that the door of the other-world would open wide and the souls of dead visit their families. The day ended with feast in honor of the dead.

Nowadays, Halloween is celebrated in North America. It has lost its religious connotation and has become a means of having fun and entertainment. Indeed, people would wear costumes: wicked, zombie, witches, angels, vampires, and even ridiculous costumes. Children would wear cute outfits and they go door-to-door “trick or treating“ asking for candy.

In Montreal, Halloween has a unique flavor. It combines different cultures: a European mentality in an American country. Montrealers decorate their stores and houses immediately after Thanks Giving Day. We took some pictures of some stores for our school project.

Pumpkin is a must; it has become a symbol in Halloween. You cannot imagine Halloween pumpkin free. It is a substitute for the turnip. People carve scary or funny faces and decorate the front doors to welcome the children for the trick and treat.

We interviewed two lovely people from Montreal who accepted to answer a few questions for our school project. 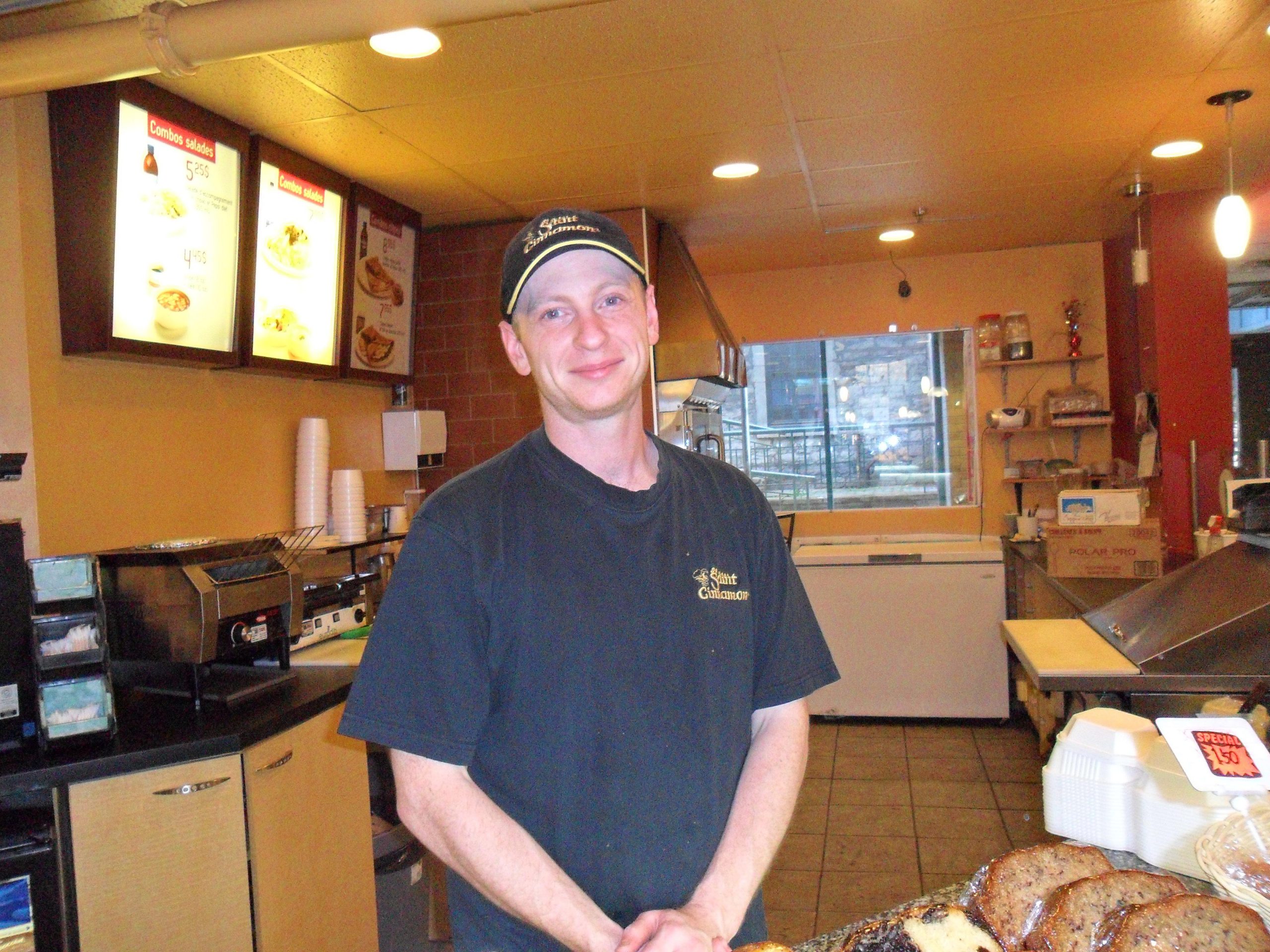 Joseph is an employee at SAINT CINNAMON. We asked Joseph if he celebrated Halloween he answered that he did not celebrate it anymore however he used to celebrate it when he was younger Joseph favourite costume was zombie because it is fascinating. According to Joseph, this year’s popular costume is the vampire, because people are inspired by movies and TV shows such as Twilight, True Blood and The Vampire Diary. 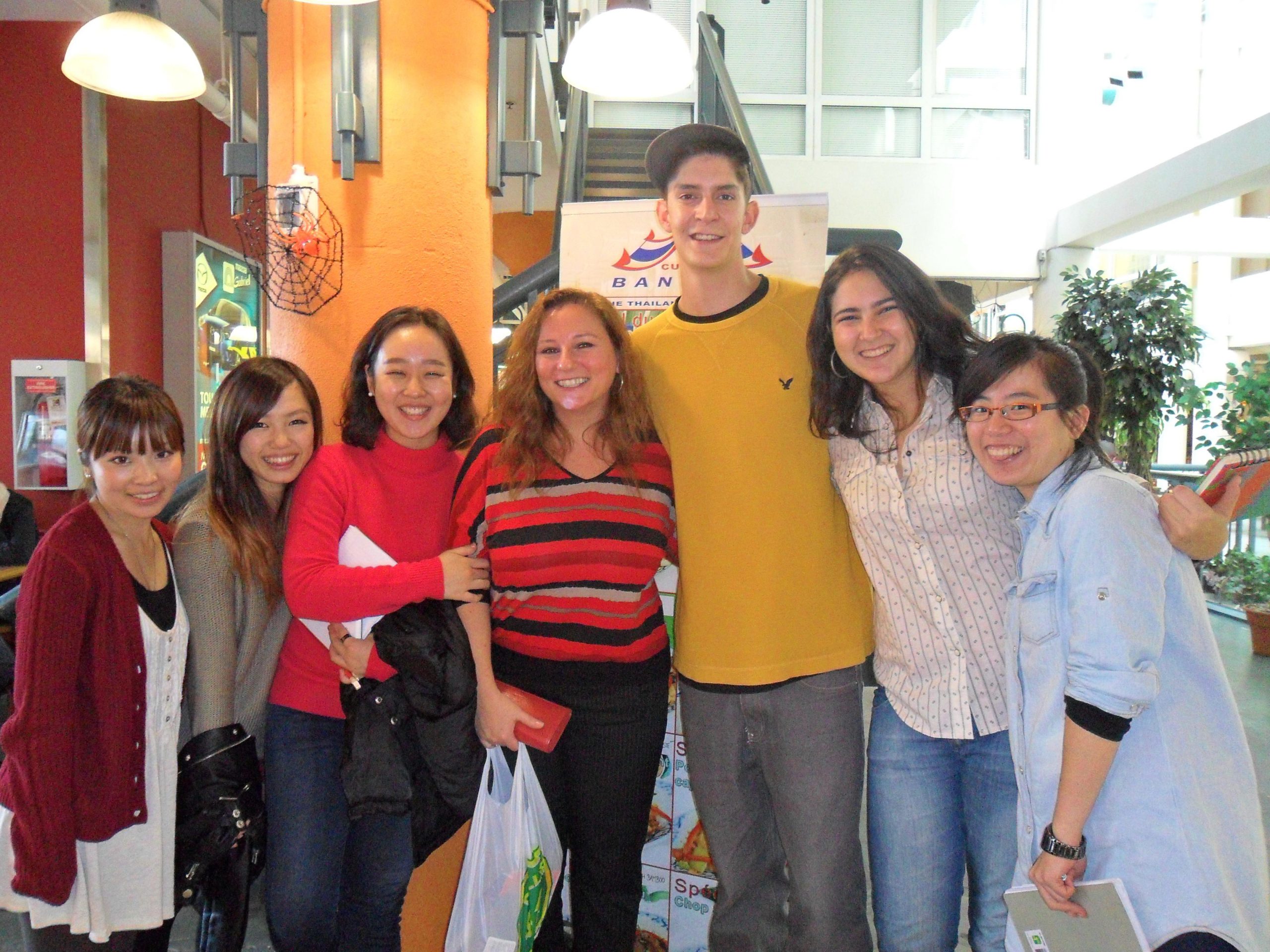 Our next guest is Elisa Gazzola. She works at EC MONTREAL as operations manager. Elisa celebrates Halloween every year and she wears two costumes. One for a party with friends and a second one for EC. We asked her which costume she was wearing this year she said it was a surprise. Elisa is generous; she had bought tons of candy to treat the children.

Let's start your journey to learning English or French.