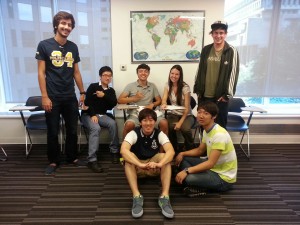 Inspired by movies that help international students get to know American culture such as Forest Gump, Crash, and Wall Street, students from the Culture and Communication class decided to make their own lists — but to help YOU get to know their culture instead! Their foreign movie recommendations are below:

To get a better understanding of Korean culture, In seok recommends:

1. A war against crime and violence

30 years ago, the  president of Korea announced “a war against crime and violence.”

In the movie, a person, who is the main character, got power from his family members. Accidentally, he was involved in the gang which was lead by his distant relation. Whenever he gets in trouble, every time he can escape the dangerous situation. Also, it’s related to society problem and family trouble and reflect on the Korean culture. Furthermore, it represents to us that how high-ranking officials are corrupt.

He was the 15th king in Korea and it’s about four hundred years ago. At that time, many people tried to deprive him of his position. One day, he made a decision to find person who is imitating him.  Finally, he found the person who was a  performer and then the performer acts like king instead of the real king. The point of view in this movie is the sight of the citizen who became the king. So, he (performer) can realize all of the political corruption. According to this, he wants to make a desirable enviroment for people to live. Even if it was just few days, this movie provides many questions.

If you want to understand about the entire Korea, you should know about not only Seoul, but also Busan which is the second biggest city in Korea and has many different cultures from Seoul. This movie represents very well about Busan, and also shows teenage friendship in Busan. Even though what this movie says is a little different from the present because it is quite old movie, it has been still loved by a lot of people. This movie is the director’s experience about his friends, and the actors speak with a strongly accented Busan dialect.

I’d say baseball has been the most popular sports in Korea, so if you can understand about Korean baseball, you can enjoy Korean cultures more.  This film is based on true story of rivals Sun Dong-ryeol and Choi Dong-won, the top pitchers in the Korea Baseball during the 1980s. They have been considered one of the best players in the history. This film describes one of the most exciting matches in Korean baseball history on May 16, 1987.

When this film released, most guys were heading to theater. This film tells about first love, and because most people have their first love, they can’t help going to theater. The film tells the story of two students who meet in an introductory architecture class and fall in love. Fifteen years later, the girl tracks down the boy to seek his help in building her dream house. As they work together, they recall their love in the university. Many international students might wonder why most Koreans are very shy especially when they are dating, and this film can help you to understand Korean tendency to their love.

The food of the competition is Kimchi that is the famous Korean traditional food. There is no movie that shows about Korean food more and better than this. The best food touches people..

It tells the heart-warming story about a grandmother and her grandson who comes from a city. It shows that how a city-born child lives in the countryside with only his grandmother. It might be boring, but many Koreans were touched by the film because it reminded them of what was the unconditional love of their old family. This movie is for all grandmothers. 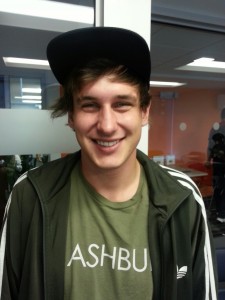 Movies Representing the Past

The film tells the Story about a German businessman, who came to Krakow, Poland, in 1939 when the Germans moved Polish Jews to the Krakow Ghetto in the beginning of “World War II”. He was hoping to make a fortune as a war profiteer! As a member of the German Nazi-Party, NSDAP, he got sponsored by the military and had the opportunity to acquire a factory for the production of army mess kits, although also with unofficial financial support from a Jewish Pole, named Itzhak Stern, who had contacts with the Jewish business community. Itzhak Stern became Oscar Schindler’s collaborator, who leads the factory in the background.

Schindler employed Jewish Poles and Stern made sure that as many people as possible are deemed “essential” to the German war effort, because so they could save them from being deported.

This film gives a lot of information about the cruel historical background, that Germany has and what horrible things were done to the Jewish people under the far-right, anti-Semitic regime.

“The Baader Meinhof Complex” is a German film, directed and produced by Uli Edel, based on a true story and was released in 2008. The film was nominated for the “Golden Globe” and for the “Academy Award”, both times for the “Best Foreign Language Film”.

The Film retells the story of the German far-left militant group RAF (Red Army Fraction) from 1967 to 1977. The plot is mainly about the formation of the RAF and its actions, which are caused by police violence during a demonstration against the “Shah of Iran, Mohammed Reza Pahlavi”, while he visited West Berlin to attend a performance at the “Deutsche Oper” (German Opera). The German police and the Shah’s forces attacked the Protestants and one of them was shot and killed without any provocation, his name was Benno Ohnesorg, a German university student.

The Group attempted assassinations, e.g. on the “US Army V Corps headquarters” in “Frankfurt am Main” or on the police station in “Augsburg” and the “Bavarian State Criminal Investigations Agency” in Munich in 1972.

In this film  how many young people couldn’t identify with their parents and the institutions of their government are shown. The historical legacy of Nazi-Germany caused a big gap between the generations and increased suspicion of authoritarian structures in society.

“Almanya – Welcome to Germany” is a German comedy film directed by Yasemin Şamdereli. It was released in 2011 and won the “Deutschen Filmpreis 2011” (German Film Award 2011) in the category “Best Film Script”.

The Film tells the Story about Turkish immigrants, who came in the 1960s to Germany to join the “economic miracle” and live there meanwhile home away from home in the second generation.

Means that, their descendants are second-generation-immigrants, are they Germans or even both? This is the question the film deals with in a humorous way.

This movie, is a good example to show what country Germany became the last decades, that there live people with various cultural backgrounds site by site and the differences between them blur more and more.

In 2012 the movie “Iron Sky” was released, it is a Finish-German-Australian comic science fiction action film directed by Timo Vuorensola and written by Johanna Sinisalo and Michael Kalesniko.

The story of the film is about German Nazis, who fled in the last moments of “World War II” to the dark side of the moon to return and conquer the earth in the future.

This movie shows that Germany’s historical background is still present today and people will probably ever connect Germany or Germans to the Nazi regime, even in the 21th century and there are nearly no more witnesses of time alive. “Beware of the Germans”

Romanzo criminale ( “Criminal novel”) is an Italian movie released in 2005, directed by Michele Placido. Is a criminal drama. It is based on Giancarlo De Cataldos 2002 novel, which is in turn inspired by the Banda della Magliana.( “Magliana” is a eighborhood on the outskirts of Rome) interesting story because we can see how criminal organization, mafia, fascists an even government were related in that obscure period of the italian history.

Natale in crociera (“Christmas on the cruise”) is an italian comedy released in 2007 that captures perfectly italian lifestyle stereotypes. The protagonist is a unfaithful businessman who decides to leave on cruise with his young lover.

Baarìa is a 2009 Italian film directed by Giuseppe Tornatore. The film tells life in the Sicilian town of Baarì , from the 1920s to the 1980s trough eyes of Peppino during the fascist period and the following fights between “reds” and “blacks”. The movie shows wonderful places in the heart of Sicily and describes well the lifestyle of the people far from the big cities of the north.

I would like show some documentaries about my country.  It is a little bit difficult to find some movies about Panamá, because many movies that have been filmed in Panamá or are about Panamá don’t really show anything about our culture, but in the other hand, documentaries are the best way to learn about Panama’s culture. I could divide Panama History in some parts: The discovered of America, The Colonization of the Isthm of Panamá, Independence from Spain, Join to Colombia, Independence from Colombia, The dictatorship.