On July 5th, I headed to the place where I could have skydiving in one of the commuter rail stations, the southern. Even though I was a little bit late, when I arrived in the place, fortunately there were a few EC students who were still waiting for their turn. Having spent almost a whole day; because there was not only our group but other groups as well that were waiting for having skydiving, my girlfriend and I took a small airplane which seemed to carry maximum four people including experts.

When my expert told me that we were on 3,000ft from the ground, I looked breathtaking, tremendous view, particularly Cape Cod, one of the most famous coasts in Massachusetts. The shape of the Cape Cod seemed to be folding an arm like the shape of croissant. I can’t still stop thinking the great spectacle because it would be the first and the last chance for me to have skydiving with the beautiful view. 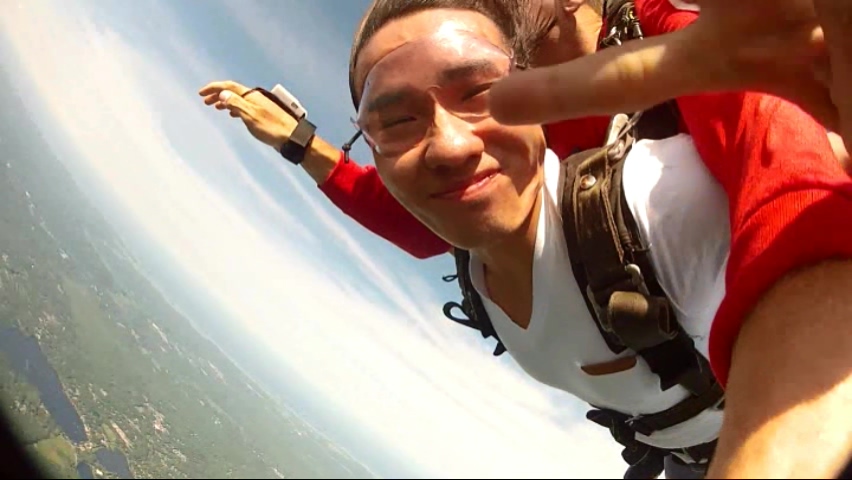 While I was jumping down, it was the beyond description; although I couldn’t breathe in free fall and my goggle was almost taken off, it was the most exciting feeling I have ever had in my entire life. Furthermore, when my expert opened the parachute, I fully observed all the small lakes as well as tiny villages which looked like it was made of legos. While going down with the parachute, I thought that I had sometimes felt fear of heights especially when airplane was taking off or I looked down the ground from the skyscraping building. However, after achieving this challenging sport, I would say I almost got through the acrophobia; but frankly speaking, when I took some attractions located in the top of one of the skyscrapers, named Stratosphere, in Las Vegas, I extremely felt the fear of heights again, even much worse than skydiving. 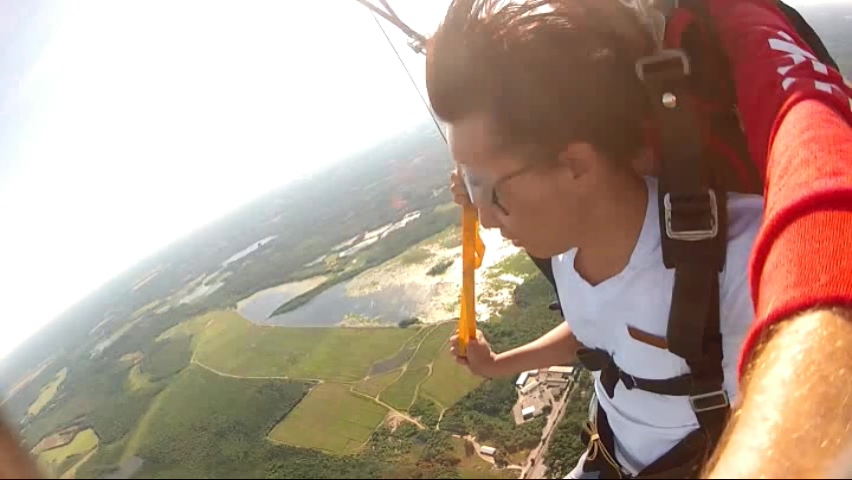 For me, this experience gave me so much exhilaration. I would not have this memory even in Korea for my whole life if I hadn’t joined this activity from EC Boston. I really appreciate EC’s providing the activity that I would never have for me. 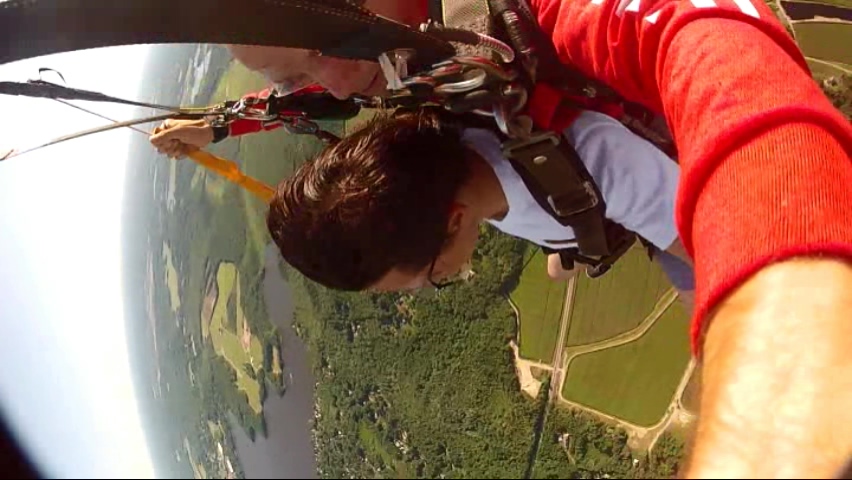 We will go skydiving again in August! Come to the front desk on the 4th floor if you are interested in signing up! 🙂