Did you have a nice weekend? What did you do? Where did you go?

Did you know that Bristol has its own dialect? It’s called Bristolian!

A dialect of English is spoken by some Bristol inhabitants, known colloquially as Bristolian, “Bristolese” or even, following the publication of Derek Robson’s “Krek Waiters peak Bristle”, as “Bristle” or “Brizzle”. Bristol natives speak with a rhotic accent, in which the post-vocalic r in words like car and card is still pronounced, having been lost from many other dialects of English. The unusual feature of this accent, unique to Bristol, is the so-called Bristol L (or terminal L), in which an L sound appears to be appended to words that end in an ‘a’ or ‘o’. The “-ol” ending of the city’s name is a significant example of the occurrence of the so-called “Bristol L”. A similar form of this pronunciation quirk has been in existence for centuries, even as far back as the Norman Conquest in 1066 and the Domesday Book, compiled by the Norman-French. In those days before the printing press, the city’s name – “Bruggestowe” at the time – was rarely written. Consequently the Domesday Book information gatherers had to rely on oral answers to their questions and the city name was recorded as being “Bristolle”. Stanley Ellis, a dialect researcher, found that many of the dialect words in the Filton area were linked to work in the aerospace industry. He described this as “a cranky, crazy, crab-apple tree of language and with the sharpest, juiciest flavour that I’ve heard for a long time”.

Nowadays the people of Bristol represent a diverse mix of race and cultures however the distinctive local dialect or ‘Brizzle’ is still very much alive. You may hear for example the addition of the letter ‘I’ to the end of words ending a vowel – ‘a great idea’ in Brizzle speak is ‘a great ideal’. Here are some examples of words or phrases in common use:

What’s on this week at EC Bristol? 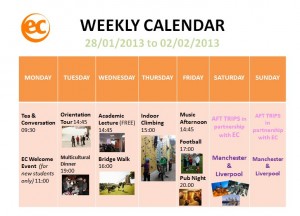 On Tuesday we are organising a Multicultural Dinner. It’s a great opportunity to show your cooking skills and have fun with your mates.

On Thursday we are organising an Indoor Climbing session.  What is it? It is an increasingly popular form of rock climbing performed on artificial structures that attempt to mimic the experience of outdoor rock. The number of indoor climbing gyms has increased the accessibility, and thus the popularity, of the sport of climbing. Since environmental conditions (ranging from the structural integrity of the climbing surfaces, to equipment wear, to proper use of equipment) can be more controlled in such a setting, indoor climbing is perhaps a safer and more friendly introduction to the sport.

On Friday we are organising a Music Afternoon where you will be able to listen to music, talk about different genres, understand the meaning of lyrics, and play your instruments. What’s more on that day we are also organising a Football session. 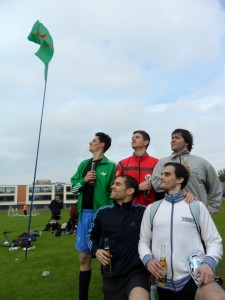 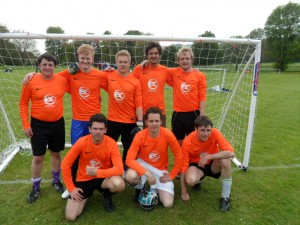 On Saturday the AFT organisation is organising a MANCHESTER & LIVERPOOL trip that we highly recommend. Liverpool is the birthplace of the Beatles and the city that shaped their early music and lives. 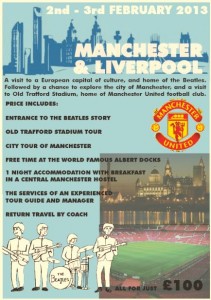 EC Bristol offers a wide range of activities and really good English courses. Are you living abroad and thinking of going away from home to study? What better choice than enjoying a new and rewarding experience in Bristol.

Here is an English expression that the EC Bristol Team wants to teach you this week:

As Bold As Brass is applied to anyone with the courage of their conviction and not afraid to be seen either succeeding or failing. It is recorded  that the phrase dates back to the late 1770s and refers to a London magistrate called Brass Crosby. At that time it was illegal for the workings of Parliament to be published for public knowledge. However, one London printer produced a pamphlet revealing some of the proceedings and was immediately arrested. He was brought before Brass Crosby’s court and the magistrate, in tune with public opinion, let the printer off. Crosby was immediately arrested for treason and himself thrown in jail. But such was the public outcry in support of the magistrate that Brass was released and he became something of a hero. His brave stand against authority was widely reported, leading to the term ‘as bold as brass’ passing into common parlance.