Anyone who does an images search on Bristol is bound to see pictures of hot air balloons. Bristol not only has the largest Balloon Fiesta event of its kind in Europe and as grown to be one of the largest outdoor events in the UK but also has a long and distinguished international reputation as being one of the world leaders in Aeronautical Engineering. 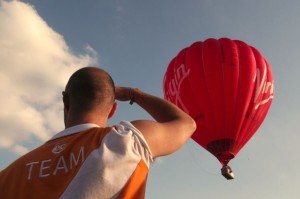 Every year, Bristol is home to the Bristol International Balloon Fiesta. This year the 35th balloon fiesta will run from the 08th to the 11th August 2013. It is a magnificent spectacle that people come from far and wide to see.

The event was first held in 1979 and is now one of the largest in Europe. It is common to have crowds of over 100,000 on each of the four days of the festival, which takes place in the grounds of the large country estate of Ashton Court. Perhaps the biggest attraction is the night glow. After dark, scores of balloons fire and glow to a background of music and fireworks. These are held on the opening Thursday night at approximately 21:30. This really is the highlight of the fiesta and every year EC Bristol staff and students head up to Ashton Court to watch the spectacle together.

The balloon makers, Cameron Balloons  make many of the special shaped balloons that appear in the fiesta. In the past these have included Rupert the Bear, The Scottish Piper, Bertie Bassett, and even a Tesco shopping trolley! Many strange shaped balloons have also attended the fiesta from abroad, with a UFO and a beaver from the USA, a Kiwi Bird from New Zealand, and an upside down balloon from Holland all having made appearances over the years.

The fiesta is so popular that in 2003, the weight of crowds returning from the Balloon Fiesta and Ashton Court Festival put such a great strain on the Clifton Suspension Bridge that it was decided to close the bridge to all traffic, including pedestrians when the Fiesta is on!

Are you coming or thinking of studying at our language centre in Bristol this summer? Be sure not to miss the balloon Fiesta! 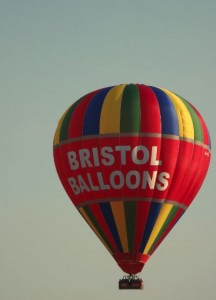 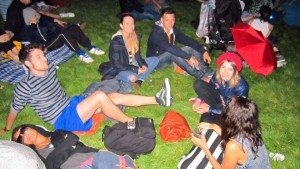 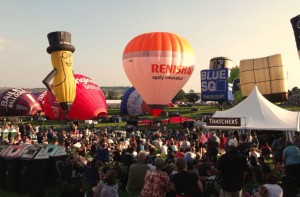 Today, the Airbus sites at Filton, near Bristol, and Broughton, North Wales, are part of the Centre of Excellence. They are working together with Airbus sites in Germany and in France. Around 140,000 jobs are generated in the UK by Airbus wing work through supplier contracts. At Filton, over 4,500 people are employed in the design office and in business support roles. Core activities at Filton include the design, engineering and support for Airbus wings, fuel systems and landing gear integration.

Airbus’ presence in Filton is being enhanced with the construction of a new aerospace business park. The West’s world famous visitor attraction starred Concorde 216 – Alpha Foxtrot – who made her spectacular final flight home into Filton, birthplace of supersonic travel, on 26 November 2003. Thousands of people turned out to welcome her home.

The EC Bristol team found a very nice poem, on the net, wrote by Angela Wybrow. Please have a read through:

I saw a hot air balloon flying over my house:
Most of the time, it was as quiet as a mouse,
But, every so often, its burners suddenly roared,
And higher, up into the sky, it suddenly soared.

My excitement, I found hard to keep at bay,
As, a hot air balloon, you don't see every day.
A passenger balloon floating through the air,
For me, is so special, as the sight is so rare.

The sight of the balloon, filled me with delight,
And I stood watching it, until it flew out of sight.
My eyes were stuck to the balloon, just like glue,
As it floated across a sky of cornflower blue.

I wonder what it's like to float through the sky,
Watching the world down below gliding on by.
I've always wanted to ride in a hot air balloon:
I hope I will one day, and I hope that it's soon. 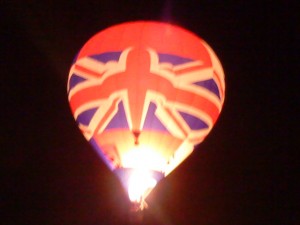 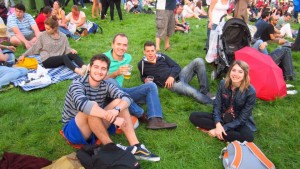