His feedback was really positive!

The Bristol Bike Ride 2013 is also part of the Biggest Green Week in Bristol.

At 9am on Sunday the 16th he joined the other riders on Millenium Square to start the ride.

He took part in the Avon Gorge Loop route.

The ride happened in the spectacular scenery of the AVON GORGE and used a combination of cycle paths and closed roads. It followed the road towards Shirehampton Village, crossed the Avonmouth Bridge and returned to Bristol on the Pill side of the river through Leigh Woods and Ashton Park back to the Harbourside.

David enjoyed his adventurous day very much. He found it very exciting.

The EC Bristol Team is really happy to have had one of their students taking part in such a fantastic event.

Please see below some pictures taken by David during Bristol Bike Ride! 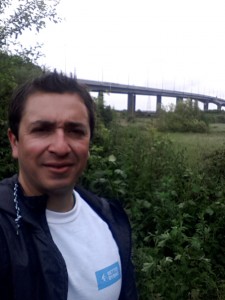 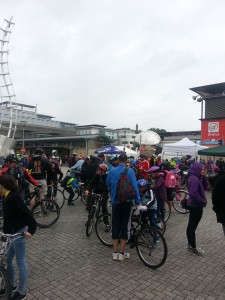 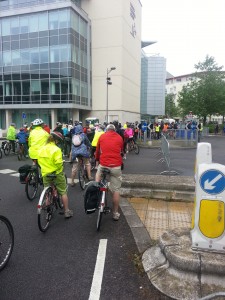 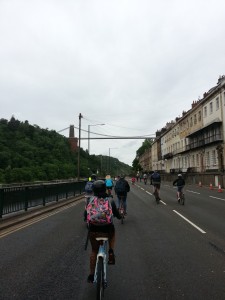