Here are some spine-chilling ghost stories were written by the Pre-Intermediate PM2 Intensive English class at EC Bristol.

Have a read through these awesome stories!

A long time ago, one woman had seven children. She was very bored with her children. She became hysterical and she decided to kill them. One day she went to the river and she left her children in the river, she did that because she wanted her children to die. It was utterly terrifying. Afterwards, she went home, but when she arrived she felt disappointed with herself, so she went back to the river to search for her children. But when she reached the river she couldn’t find her children and she began to cry. Since that day, near to the river at night you can hear that woman cry for her babies, and if you don’t take care of your sons or daughters, this woman appears and she steals them away.
– By Yasuo Tabira & Camila Villa Losada

A Witch Story:
It was many many years ago. An old woman lived in her big house with a big garden. She was alone. One day a dark crow landed on the windowsill of her bedroom. It wasn’t just a crow. Actually, it was a witch. The witch wanted to kill the poor old woman… to make a potion with her bones and skin. But, the witch wasn’t to know that the old woman… was also a witch.
To be continued…
– By Ersin Akbaba & Ali Oner

The Girl from a Dark Well:
Once upon a time there was an old well which was not used anymore… When I went to gram’s house in the countryside, I went to the forest by myself because there was nothing else to do. I walked and walked and then I found an old well that I’d never seen before so it was so interesting for me. I approached the old well. Suddenly the sky had changed to dark, and a lot of crows started to croak and fly around so I couldn’t see anything. I was absolutely terrified! And then, suddenly, I heard the screaming of a woman. Oh my gosh! I went white. After that, a woman appeared from the old well. I was petrified and scared to death! And then, I saw her face. It was not a face… so I ran away.
– By Kureha Takaishi & Gabriele Saccenti

One day, I was walking in a jungle and it was so dark because there was no moon. There was nobody around me, in the middle of the night. Me and the jungle alone. Suddenly. I heard footsteps on dried leaves behind me. I was scared stiff. While I turned back I saw a big shadow coming towards me and I became hysterical. I went white. I thought the shadow was a ghost, it was hair-raising because I thought it would attack me. And then, fortunately… the ghost was a groundskeeper and asked me if I needed some help! (Before the ghost talked to me, it was spine-chilling….)
– By Hussin Abdulkadr Debri & Paloma Gonzalez Barrios

Once upon a time:
Once upon a time, there was a house around the corner from where I used to live, and it used to be lived in by an old single man that according to some storytellers, had killed his wife and he made his wife’s grave inside of the house. Every day when the sun set we heard noises coming from that house, and it was utterly terrifying. However, in the darkness, we could see nothing and we were scared to death. We couldn’t sleep until the dawn, and sometimes something knocked on our front door and it sounded so scary that we went rigid with fear, waiting for the end.
– By Rufino Das Dores Sanguelo, Saad Nazal F Alanazi & Husain Th M Th Alajmi 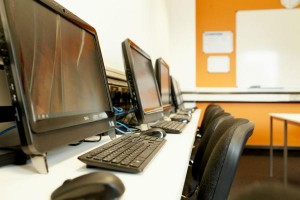