This is an imaginative short story produced in the Write Now Intensive English class at EC Bristol by Nicolas from Switzerland and Kate Eunkyo from Korea. 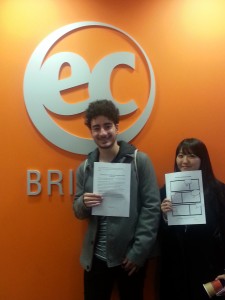 A story about an animal which is a hermaphrodite that lived on the moon.

Would you like to study and improve your English abroad? Find out more on our website about our English courses in Bristol.