Discovering unknown places is one of my favourite things to do. During my internship in EC Bristol some friends and I decided to go to Durdle Door. We rented a car with EC and started our trip on early Saturday morning. Two and a half hours later we finally arrived! With its massive rock arch Durdle Door is a world famous geological wonder. It’s set right on the Jurassic Coast between Swanage and Weymouth, just along the coast path from Lulworth Cove. 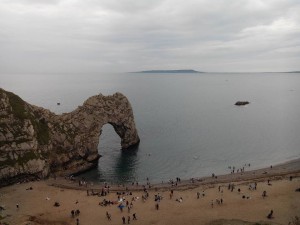 We spent almost the whole day on the beach, walking along the coast and simply enjoying the countryside. It was the first time after a few years that I have been at the seaside and I just loved it. 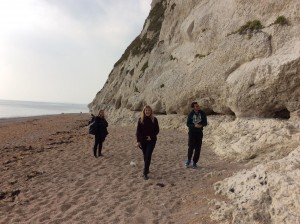 You just have to drive for two hours and it’s like being in a different ‘world’. We’ve just been there for a couple of hours but it felt like I’ve been on holiday! 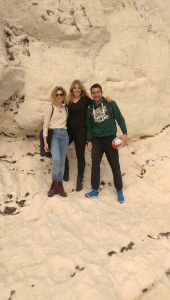 After a long and exhausting day we went back to the city centre of Bristol. It was almost the same feeling than when you’ve been on a holiday with your parents and you swum in the sea all day, running up and down the coast and just enjoying your free time.

I would highly recommend you to rent a car for one weekend and to discover places you haven’t been before, like the so-called Jurassic Coast!