Cambridge by the Numbers:

Cambridge University was established in 1209. King’s College Chapel, built by King Henry VI in 1446, is one of the University’s most impressive landmarks.

One of the most famous rock’n’roll bands of all time formed in Cambridge: Pink Floyd. Syd Barrett was brought up in the city. Roger Waters, the other co-founder, later went to Cambridgeshire High School for Boys with him. 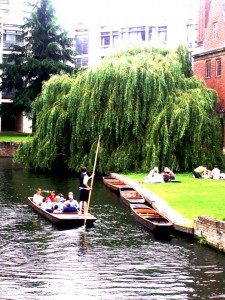