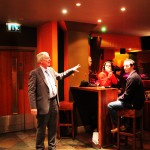 Some students at EC Cambridge think that Nigel has a villa at the seaside in Italy. There are various reasons for this:

(a) he is always talking about going to see “the villa”

(b) he has been teaching for ages and must be a millionaire by now! 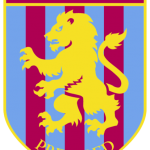 EC Cambridge students supporting Aston Villa appear to be getting substantially better reports than those who do not. It might be a good idea, therefore, if Nigel is our next teacher to say “Up the Villa!” or “Come on, you Villa Boys!”