Friday Night saw the EC Junior Programme’s very own Oscars Night. With awards up for grabs like, King of Cool, Queen of Cool, Next World Leader and Best Dressed Student, there was a storm of students campaigning for votes from fellow students. 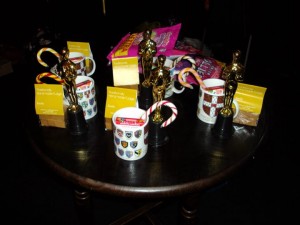 Prizes included the famous Cambridge University Mugs, filled with sweets and handmade fudge. The winners were also to be presented with their very own Oscar statue. In a hard fought battle Beslan claimed King of Cool, Aleksandra claimed Queen of Cool, Elizaveta claimed Best Dressed Student, and Rashid was announced the Next World Leader. Aswell as the Oscar’s awards the party was also a chance for everyone to say their goodbyes to the students leaving on Saturday, we wish all our leavers the best for the future!