There are many different forms of English. The most well-known are the British and American forms. Even though the Americans and the British are cousins and share history, they are very different in culture and in use of language too. This is mainly because English in Britain has evolved a lot faster than the American form, which is much older. An example of this is the word autumn which is called the fall in the states. Many hundreds of years ago in Britain, autumn was also referred to as “the fall”. Perhaps more surprisingly, it was an English man called Thomas Paine, who inspired the American Patriots in 1776 to declare independence from Britain and wrote the beginnings of the American Constitution.

Here are some examples of British and American vocabulary. See if you can match the synonyms.

If you’re not sure, why not check with an online dictionary or maybe with a friend who you think might know the answers. Expand your vocabulary while learning English at EC Cambridge. Another great way to help your studies is to watch films. This may not be new to you, but have you ever tried to watch a film in your language first and then in English? If not, give it a try! You will be surprised how much you learn. 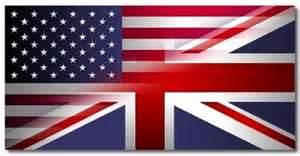