As some of you may know it’s Easter next week, where rabbits give chocolate eggs to children and parents organise egg hunts. Like Christmas, it’s a religious festival. It dates back to the 13th century and has been a part of British culture ever since. But why (you might be thinking) do rabbits give chocolate eggs? Really, shouldn’t it be a chicken, which would be more logical? As always, EC has the answer!

Many years ago, before Britain was a Christian country it was Pagan, where many gods were worshipped. The goddess Eostra, who is the goddess of spring and fertility (birth) was symbolised as a rabbit, and eggs were the symbol of birth. This tradition has continued to the present day, which is why rabbits give eggs to children to celebrate this festival. 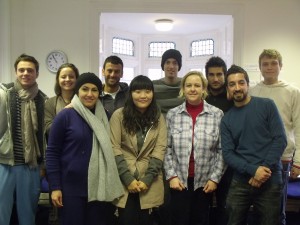