After a nail-biting first game to Wales where SA won by a mere 1 point! (17-16) we were a little doubtful that the Springboks would take us to the finals! However after 2 very successful games winning against Fiji (49-3) and Namibia (87-0!) any doubts were put to rest as the Springboks played excellent rugby- proving that they can defend their 2007 title and be 2011’s Rugby World Cup Champions!

Fridays are officially ‘Bok Friday’ in South Africa where all Bok supporters should ‘Unite Behind the Boks’ by wearing their green and gold rugby jerseys and on Friday 30 September EC Cape Town will show their support by wearing green and gold and catching some of the South Africa vs Samoa game- while snacking on *biltong of course!- in the student lounge! Go Bokke!!
* Biltong- Meat that is salted and dried in strips 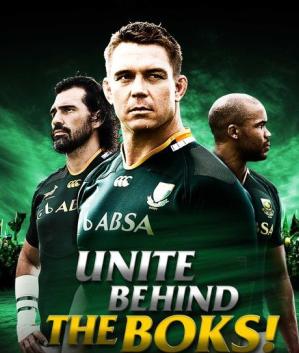