Advance teacher, Samia was so impressed with her student, Zayra’s travel piece, that she wanted to share it with everyone else to read. We are always very proud of our students who produce work of such great caliber. Well done! 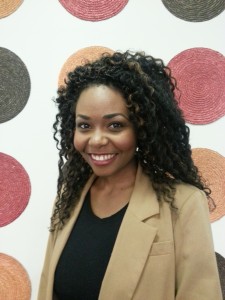 Call it the pearl of the Antilles, the Casablanca of the Caribbean, a tropical paradise. Describe it as exhilarating, lined with seductive beaches melting into a magnificent coastline ringed with deep bays. Add grasslands, gentle slopes, rolling hills, towering mountains and people who are warm and welcoming. This is Cuba.

Havana is the capital of Cuba, an island located between the Atlantic and the Caribbean, near the shores of Mexico and the United States. This tourist destination was declared a world heritage site due to the fact that it has preserved, among other things, its beautiful architecture and a culture rich in traditions.

Travelers discover an impoverished country of about 12 million, living in an area 780 miles long and 119 miles wide.

With its crumbling tenements and increasingly traffic-clogged streets, Havana is no conventional beauty. Despite boasting colonial edifices to rival Buenos Aires and a dramatic coastline to match California, the city lacks the jaw-dropping magnificence of Paris or the spectacular physical setting of Rio de Janeiro. Instead, a large part of Havana’s attraction lies in the visceral and the abstract.

Magically, the morning sun and the hot, salty breezes push the privations encountered in the city into the background and the Capital, Havana, still stands as one of the most beautiful cities in the world despite its seedy appearance.

The Cuban magic cannot be separated from its history. You can feel and smell Fidel Castro and his revolution on the paved streets, you can hear the echo of his clamoring voice and eloquence through the tumbling walls and you can touch the embargo wherever you set your eyes.

That same enchantment draws you to “La Habana Vieja”, old Havana, a reminder of the Spanish colonial era, Old Havana is a fascinating mix of Baroque, neoclassical monuments, Art Deco and Art Nouveau architecture interspersed with private homes decorated with balconies, wrought-iron gates and inside courtyards.

La Habana Vieja hums with street life, cafés and charm. Here, Habaneros dance ‘casino’ (salsa) with their ordinary lives, sit alongside friends in the middle of the narrow streets and while away their misery and hope playing dominoes.

The beckoning music, a constant character in the city; slick stores and dark run-down bodegas, crafts, flea markets and museums all make it exciting for the sightseer.

Gaze at colonial Palaces, walk through narrow alleys and stroll the inviting plazas. Have coffee in an outdoor café in the lovely square of the “La Plaza de la Catedral” and dare to walk hand in hand with the passion and vitality you’ll find along the way.

Visit the ‘Capitolio’ building. A copy of the one in Washington D.C., it took 17 million dollars and three years to complete in the 1920’s.

Taste the astoundingly delicious food served in one of the best eateries in the city, Los Nardos, located directly opposite the ‘Capitolio’.

Attend a performance at ‘El Gran Teatro de La Habana’, built in 1837 and home to the National Cuba Ballet, the Opera and Havana’s Flamenco ensemble.

Then, head for the ‘Malecón’, a promenade extending along the three-mile seafront where huge waves crash over the seawall. Dialogue with local people and enjoy their vivacious nature.

For insight on the impact of the Cuban Revolution, go to two important sites. One is Revolution Square, the huge area where Castro addresses the nation. The other is the revolutionary museums in the former palace at ‘Refugio 1’, which houses prerevolutionary artifacts.

‘Havana is very much like a rose’, said Fico Fellove in the movie ‘The lost city’, ‘it has petals and it has thorns…so it depends on how you grab it. But in the end it always grabs you.’