Adventure in the Amazon! Advanced student, Diego Vargas, produced an interesting and impressive piece of writing for a recent narrative activity. Read his story below to learn more about the secrets of the Colombian jungle…

The Mysterious Creature by Diego Vargas

A few years ago I flew to the Colombian Amazon to visit my sister and nieces.

I had never been to the Amazon before, so I was quite excited, not only because I was visiting my family, but because I wanted to see and feel the energy of this amazing place.

One day, my sister and I decided that it was adventure time, so we went to a natural reserve to take pictures and see wild animals.

The reserve was supposedly a safe place to walk in, but what we didn’t know is that in certain places, if you walk deeper in the forest, you can get lost.

As we started to see amazing birds and monkeys, we also started to get lost, because the excitement of the moment was taking us the wrong way.

It was getting dark and we had been walking for hours trying to find our way back, when suddenly, and just in the moment when we were about to give up, we heard a loud noise close to us, similar to the one that a big drum produces, so we thought that we were close to the native community that looks after the reserve and started to walk towards the origin of the sound.

The drum was louder and louder as we were getting close to a big lake, and just at the moment we were about to reach the lake we saw a large group of parrots flying in the opposite direction to us, so my sister, based on her pretty basic surveillance knowledge, decided that it was better for us to follow the parrots, because it is known in the region that those kinds of birds usually fly back to the town at 6pm everyday.

As soon as we turned back and started to walk, a deafening sound in the water made us run as we have never before…there was no time to look back, but we both knew that there was something inside the lake.

Following the parrots, we managed to find our way back and reach the local community of the reserve.

When we told the old shaman what had just happened to us in the middle of the jungle, he told us that we had been lucky because the sound we had heard was the sound of the lake’s anaconda calling us to make us its prey.

He also told us an ancient story about how each lake has its own anaconda that protects the lake from strange people and preserves the balance of the environment; and how the size of the anaconda depends on the size of the lake.

I really don’t know what the mystery creature was, but what I really know is that the size of the lake was indeed huge. 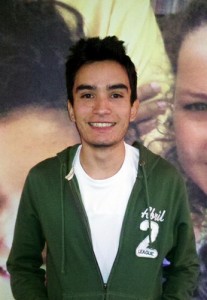