It was with great sadness that we learned about the passing of Nelson Mandela last week Thursday 5 December. Pay tribute to Madiba’s life and legacy with South Africans and the world at the following events taking place in the city: 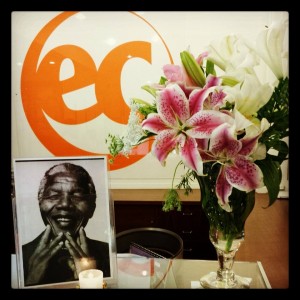