“My life has changed because of EC New York. Now I’m a pilot – and if I hadn’t come to EC, I wouldn’t be a pilot.”

Abdullah is one of a young member of the EC family – a student who studied at EC New York from December 2014 until May 2015. An energetic learner, he began his studies at the Pre-Intermediate level, and successfully completed his studies in the Upper Intermediate class. Shortly after leaving EC, he travelled to Fort Worth, Texas, to study aviation and one day become a pilot.

After completing a challenging 300 hours of flight school, Abdullah was delighted to tell us that he is now going to begin his career as a pilot with Saudi Airlines! He’s very excited to work as a pilot on Saudi Airlines’ international flights to New York, and plans to visit EC New York as often as he can. 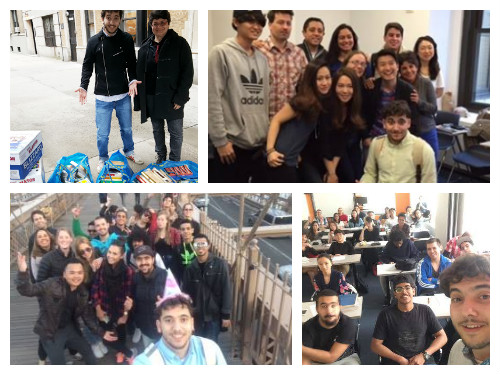 During his time at EC New York, Abdullah was very active in student life. He was a student ambassador who led the popular Brooklyn Bridge walk, movie nights, and soccer games – he even presented a brilliant Academic Year lecture on Soccer to all our students! Abdullah was also very involved in helping EC New York give back to the local community. He raised awareness for “A World at School”, which supports the right to education for all children around the world. He also helped collect and deliver books collected at our March Book Drive to Reading Reflections, a literacy program dedicated to providing resources to those who do not have easy access to books. With the support of teachers, staff, students, and others in our building, we collected close to 300 books in total.

Would you like more information about studying English abroad? Don´t hesitate to contact us if you need further information!