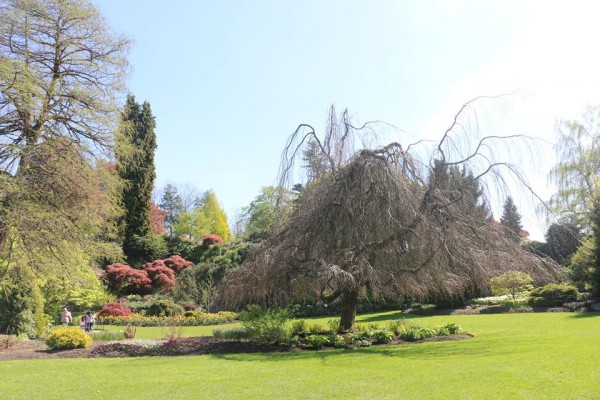 One of the best things to do in Vancouver is to follow the seasons as they change. The city is an explosion of tulips in spring, a mix of orange, yellow and red in autumn, unlimited adventure in summer, and full of lights and festivities in winter. It’s very hard to decide which season is best, and even harder to choose what to do, but here are some of the top things to do during each season.

Not many tourists know about this tradition, and it’s one of the world’s oldest. Every December 21st this event celebrates the return of the light after the shortest day of the year. This lovely community event happens simultaneously across five Vancouver neighborhoods, including Yaletown, Chinatown, and Grandville Island. With lanterns filling the room in a labyrinth-like formation, you can walk through and around them while soothing live music plays. It’s not just a beautiful experience, but an inspirational one as well.

INTERMEDIATE LEVEL TIP: Improve your English by doing one of Secret Lantern Society events. Either learn how to make your new lantern or join drumming workshops. It’s entertaining and you can acquire a new skill.

This award winning botanical garden transforms into a frozen winter wonderland with over one million colourful lights. The biggest attraction is the magical “Dancing Lights” on Livingston Lake, which goes into action every 30 minutes. You can also enjoy a gnome performance, a shadow puppet show, holiday treats, and much more. You will probably want to come again every year!

Vancouver is home to a large Asian population and this is one of its biggest events. It takes place in Chinatown and it’s a huge celebration of the Chinese New Year. There’s an impressive colorful dragon, a number of bands and people in costumes marching down the street. The great thing is you can see loads of locals enjoying the event as well. It starts on Carrall St. and East Pender, before travelling through Chinatown.

This festival usually runs from mid-March through to mid- April and is a celebration of spring and the blossoming of Vancouver’s famous cherry trees. 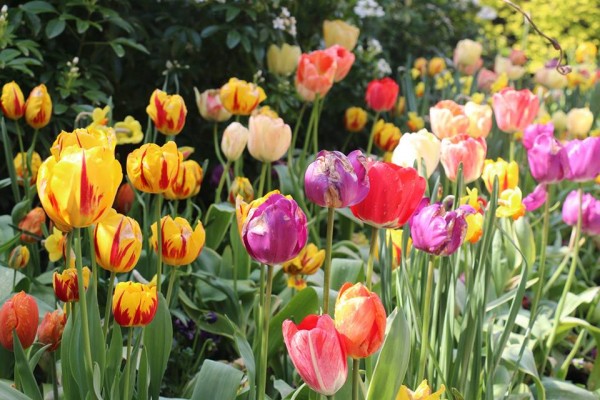 There are a lot of cool events on throughout the city, including the Cherry Jam Concert downtown, Sakura Illumination Night in False Creek, Sakura Days Japan Fair at Van Dusen Garden and more. It’s a great event and really illustrates the love people in Vancouver have for this time of the year.

Scores of tourists come to Vancouver to experience the wild life, and whale watching is among the most popular activities. Springtime is the perfect season for whale watching, since it increases the chances of seeing these magnificent creatures in action – you’ll have the chance to watch the migrating orcas and gray whales up-close! Just book with one the many professional naturalists in Vancouver in one of the whale watching tour operators. Find more: www.tourismvancouver.com/do/activities

The Bard on the Beach Shakespeare Festival

Love literature? Then get excited about this massive cultural event combining Shakespearean performances, opera concerts, specialty workshops, lectures and forums? And it all happens on a stunning beach! The event was created to provide residents and tourists with affordable, accessible Shakespearean productions of the finest quality. Even if you don’t know much about theater, it’s a great way to get started and see how much locals appreciate culture.

Advanced Level Tip: Watch a play you know nothing about and then write about happened. When you are done check online to see how much of the story you followed correctly.

The most popular beach in Vancouver, English Bay buzzes with activity in the summer. Connected to Stanley Park along the seawall, the bay is Vancouver’s most central, and arguably most exotic beach.

You can go there to relax, enjoy the beautiful view, eat at one of the many restaurants, ice cream stores, and coffee shops around the area or be lucky enough to attend events that happen in summer. One of the most popular events is the annual ‘Celebration of Light’ fireworks festival that takes place on three or four separate nights in July and August. 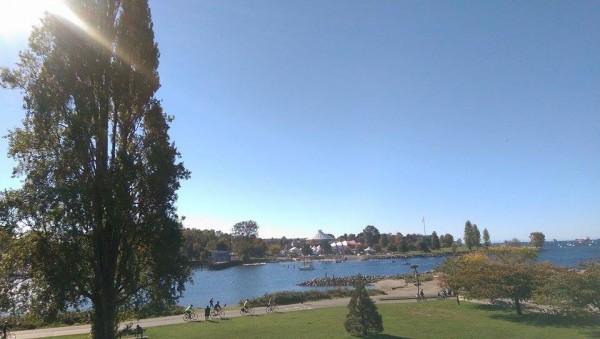 In the Park After Dark

On average, more than 5,000 people show up for this weekly outdoor movie night at beautiful Stanley Park; it takes place every Tuesday from July 8 to September 2 and it’s free. Just bring your blankets and chairs and enjoy the movie!

BEGINNER LEVEL TIP: Watch the movie, then go home and watch it with subtitles. How much did you understand?

Fall is the perfect time for outdoor adventures, especially in September when the mild weather is ideal for being out and about. Hiking is one of the locals’ favorite things to do in Vancouver this time of year. You can go to the famous Stanley Park Seawall, the Grouse Grind, Lynn Canyon Park and many more. Further information at: http://www.vancouvertrails.com/ 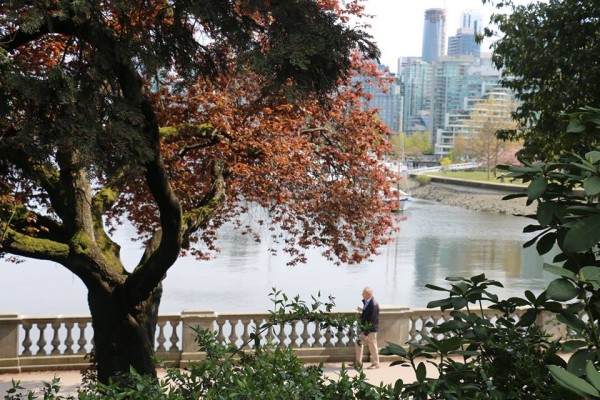 Residents in Vancouver love to celebrate Halloween. Throughout October there are parties and haunted house attractions (like Fright Nights at the PNR and the Stanley Park Ghost Train). One of the most popular activities is the classic ‘Trick or Treating’ in Yaletown; kids and parents dress up and go store to store to collect their treats. Many local businesses participate.

Beginner Level Tip: Make some simple homemade Halloween decorations and put them up in your room. Label each one with its name e.g. pumpkin, skeleton, ghost, etc. 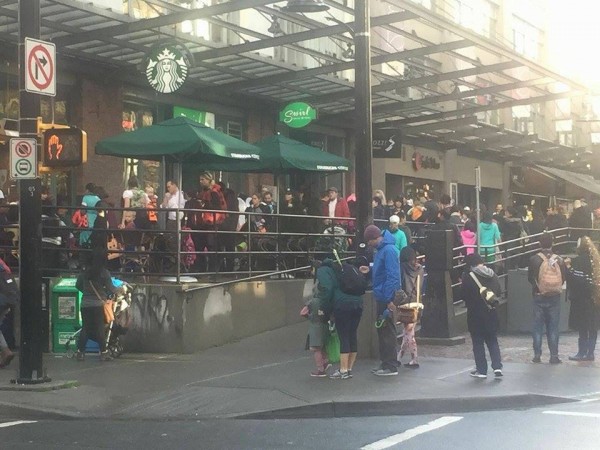 Fall in Vancouver is the season for movie-lovers. The Vancouver International Film Festival is among the five largest film festivals in North America; it screens over 300 films from over 70 countries and attracts industry insiders and celebrities alike! The festival usually runs from mid-September through to mid-October. More information: http://www.viff.org/

INTERMEDIATE LEVEL TIP: Listen to the language exchanges between actors while paying attention to non-verbal communication like facial expressions and gestures. It’s said that as much as 93% of all daily communication is nonverbal!

Would you like to know more about this beautiful city? Download our Vancouver Travel Guide for FREE to find out what to see in Vancouver, the top 10 things to do, tips for how to improve your English, and much more!