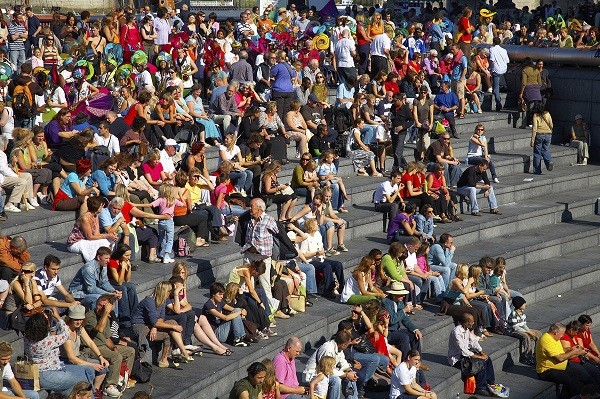 The summer can be a wonderful time to study English. There are many traditional summer events in Britain –the Wimbledon tennis tournament, the Notting Hill carnival, cricket at Lord’s- but one of the most recent and popular traditions is the summer music festival.

It all started in the late ‘60s on the Isle of Wight, a small island off the south coast of England. The festival was a mix of music and hippy-ness and featured such iconic acts as The Who, Jimi Hendrix, Bob Dylan and The Doors. By 1970 an estimated 600,000 people attended the festival, causing the government to ban it due to safety concerns.

Since then the Glastonbury Festival of Music and Performing Arts has become the biggest and best of an ever-growing number of similar summer events. It’s held every year in a little village in the west of England and regularly attracts 150,000 people.

Festival-goers camp on the site and party for three or four days, watching the biggest bands around during the day and raving in the dance tents or chilling-out around camp fires at night.

All of this is great fun when the sun is shining. However, this is Britain and just occasionally the summers can be rather wet and when it rains at Glastonbury, things get very muddy, very quickly!

This doesn’t seem to put people off. In fact, wallowing in the mud at Glastonbury has become a new tradition in itself. Some people say you haven’t really done Glastonbury until you’ve done it in the rain. Have a look at the photo and decide for yourself!