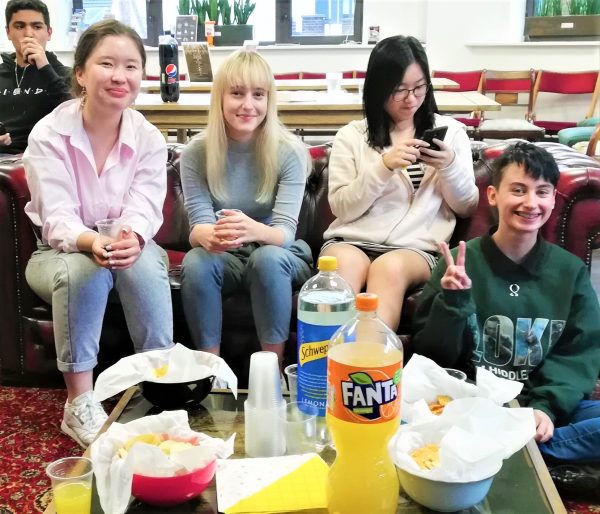 Hi, this is Federica. I have been working at Ec London for more than one month and now I can say I feel at home. At first it was shocking changing my life. I’m from a small town in Italy, where there is nothing to do. The only thing that you can do during the weekend is to go to another town by car and in order to enjoy your weekend there. In addition, I used to go out with the same friends all the time. The only place that opened up my eyes and mind to a new world was my University, where I could finally meet people coming from different countries and study many foreign languages. London is a new world to me: I can always meet new people from new countries, hang out with them and do plenty of interesting activities such as… the Karaoke Night!

Once a week my colleague and I organize a Karaoke night in the school. We move to the 30+ reception, full of comfortable sofas, huge tables with a smart TV and a piano. We start with a piano performance. There’s always someone who likes playing the piano. After this relaxing performances, we turn the microphone on.

Students choose their favourite songs and they can sing in different languages as well. Yesterday, for example, some French students sang “Allez les blue allez”, the Spanish one performed “Despacito” and so on. We also had a student who won the Voice Kids-France and we enjoyed his karaoke perfomances: he’s such a brilliant and young singer!

Everytime we organize this kind of party, I’m always afraid people might get bored or be too shy to sing in public.

But yesterday was different than I expected: students got along with each other so much and they didn’t care to be bad at singing! I have been enjoying this kind of party for two weeks and will probably do this until the end of my Internship here!

COME AND SING WITH US! 😀