Hello everyone! Today, in the upper intermediate class, 5 fabulous ladies wrote an amazing short story inspired by Edgar Allen Poe’s “The Fall of the House of Usher.” Enjoy! 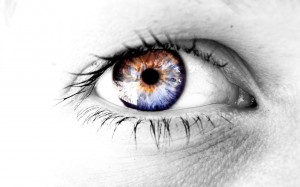 It was cold. So cold. the knife he felt was just slashing into him, teacring him apart in the middle of his chest. He was in hell. But why couldn’t they see it? He was in pain, in a pian he never felt before. He couldn’t move, ot even a finger or his eyelids.

“STOP IT!” he was screaming inside his head, but nobody heard him.

His eyes were wide open and he tried to scream. He failed. Everytime he tried, he failed.

It was impossible for him to give any signals becuase he was not able to move his body. His body was frozen as if it were dead, and only his brain and eyes functioned. None of the doctors noticed anything while he was trying to say something with his eyes. They only moved on with the surgery, trying to hammer open his chest. There was blood everywhere. It ran down to the ground and a bittersweet smell of iron was in the air. He couldn’t speak; he couldn’t move. There was just fear and pain in his head. He couldn’t move his body. He wanted to stretch out to the doctor and tell him that he felt everything, but he couldn’t.

He thought that if he started to think about palm trees and sand and that he was in the Bahamas on vacation, he wouldn’t feel so much pain. He though about swimming in the ocean. So he slowly walked towards the shore, barely standing, he almost wished to die not to feel that excruciating pain anymore. He thought that cold water would help him to feel better. “If it does work,” he thought, ” I’ll drown myself and put an end to this suffering.”

But just a moment before his final decision he heard a voice calling him from nowhere; he looked around, but nobody was there.

It was the voice of a woman.

“James, your eyes are open. Can you see me? Can you hear?”

Yes! His wife’s voice was calling him! But where was she?

James rushed outo f the sea; he couldn’t die, not now! He began to run faster and faster, but hte more he ran, the more the voice sounded farther away. Suddenly, he could hear another voice, the voice of a man, “I’m very sorry madam, he’s in a coma. He can’t hear you and even if he eyes are open, there isa slim chance he will ever be conscious again. His brain is probably already dead.”