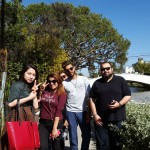 Two weeks ago, EC Los Angeles rolled out its newest elective – English in the City! In this course taught by two of our wonderful teachers, Ama and Charlene, students learn the practical English knowledge needed to navigate Los Angeles. In this course, students study the different parts of Eng … Read more 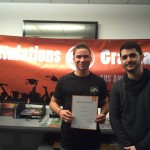 Name: Daan Scholten Nationality: Dutch (The Netherlands) Why did you choose to study with EC? I wanted to follow an English course to develop my English skills and I contacted Study-Globe who told me that I could study at EC Los Angeles. After Googeling ECLA I was very excited to go there. Wh … Read more 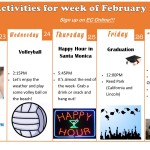 Here are this week’s EC Los Angeles activities! Don’t forget to sign-up on EC Online!   Wednesday Volleyball Cost: Free Time: 2:00PM The calendar might say February, but the weather feels like Summer! Let’s all have fun and spike the ball around!!   Thursday Happy Hour in Santa Monica Cost … Read more 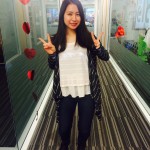 Meet Mako, the new ECLA intern!   Are you a university student? What do you study? I was a junior in the university in Japan until January 2016.  I majored in International Relations, with a focus on Politics. But I am taking a long break for one year and I am here to see you!   Why do you … Read more 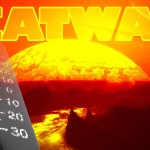 Here are this week’s EC Los Angeles activities! Don’t forget to sign-up on EC Online! Monday Welcome Drinks @ Barneys Beanery Time: 2:15PM Cost: $5+ Join some new arrivals and classmates who have been here for a while for some snacks and a drink! Barney’s Beanery is a famous Los Angeles … Read more 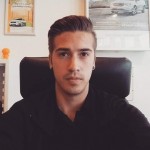 Today we share a few words from one of our newest student ambassadors. Kendi began studying at EC Los Angeles on January 19, 2016 and will be a student here until May! Let’s find out more about him. Name: Kendi Johansson    Nationality: Sweden & Thailand   Occupation in Home Country I was … Read more 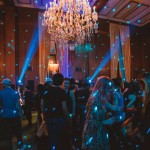 No plans for this weekend? Check out these suggestions from ECLA! Friday Sleepless: The Music Center After Hours Time: 11PM Cost: Free! Location: 135 N Grand Avenue, Los Angeles (Downtown) Bring your pillow and enjoy an all-nighter full of music, dance and fun! This is your chance to enjoy this Los … Read more 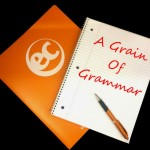 Greetings, Learners of English! In this week’s edition of Grain of Grammar, we will talk about Countable and Uncountable nouns.   Firstly, what is a noun? A noun is a person, place or thing. For example: a girl is a noun; school is another noun, and an apple is also a noun.   … Read more 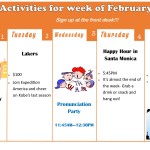 Monday Welcome Drinks @ Barneys Beanery Time: 2:15PM Cost: $5+ Join some new arrivals and classmates who have been here for a while for some snacks and a drink! Barney’s Beanery is a famous Los Angeles restaurant! Join us at Barney’s Beanery! Tuesday Lakers Game Location: Staples Center Cost: … Read more