One of the most recognizable signs in the world is located right in the heart of our city — the Hollywood sign! Student Ambassador, Yaël (Switzerland), gives us some advice for the hike up to this awesome landmark! 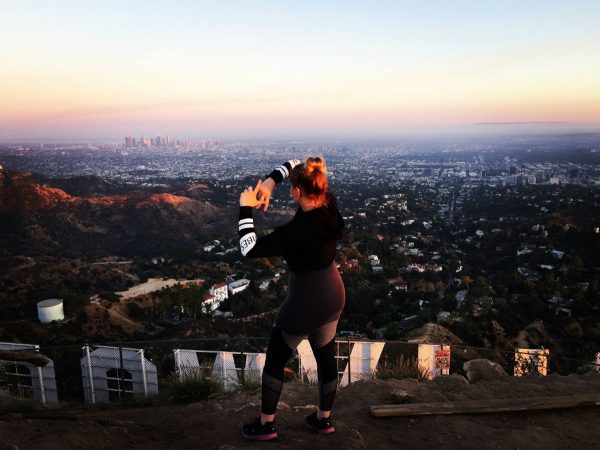 “During my first week, my friends and I decided to hike to the Hollywood sign to watch the sunset. My flatmate told me about a secret trail that leads to the back of the sign and recommended the following Youtube video, which gives detailed directions on how to get there: https://youtu.be/rYOwV1CI9_g

After taking screenshots of the directions (there is no service in the Hollywood Hills) and packing some snacks and water, we ordered an Uber around 16:30pm. We chose Lake Hollywood Park as the destination so that we could take some pictures in front of the sign first. During that time of the day there is usually a lot of traffic which we already calculated, so we arrived as planned at 17:30pm. 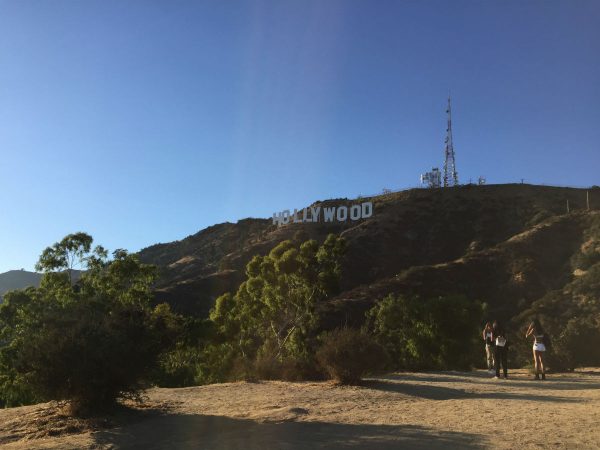 After taking some pictures at the first platform we started our tour through the small village of Beachwood Canyon to the second and closer platform in front of the sign. It took us about one hour and we passed many exclusive-looking and well-protected villas which probably belong to some famous celebrities.

The view from the second platform was even better than the first. You not only have a perfect view of the sign but can actually see the whole city of Los Angeles from there. 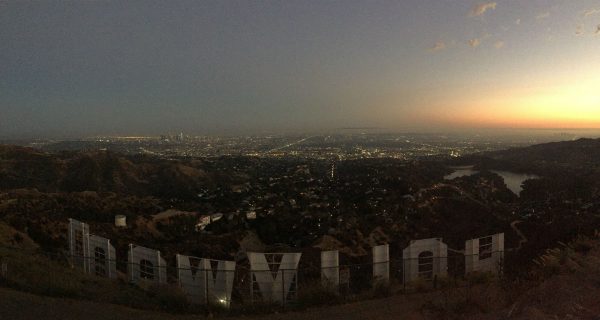 After a short break and many photos we started the actual hike to the back of the sign. The trail is not very steep but you have an amazing view during the whole ascent.

After another 40 exhausting minutes we finally reached the top of the hill and the back of the sign. The view from there is simply breathtaking. 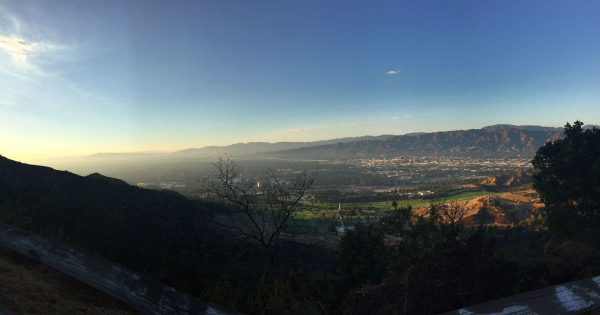 We arrived on time to watch the sunset and what we saw was totally worth all the efforts. Seeing the sun sink and dipping all of LA into a red gleam was just picturesque. The scene pulls you into its spell and you just sit there quietly for a while amazed by nature’s beauty.” 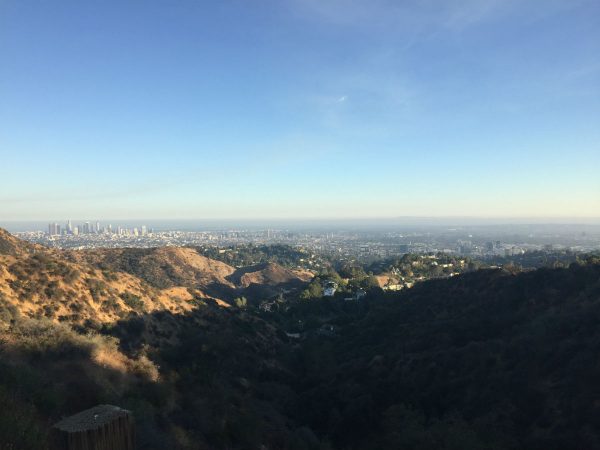 Find out more about ESL Courses at EC Los Angeles