Written by Bourghelle Perrine from France

In the 11th century, Pope Urban II launched the first fight for religion called crusade against the Muslims who controlled the holy place – Jerusalem. The Knights first appeared in 1343 and had to build their own hospice ‘the Monastery’ to protect and help people who were suffering from disease and war injuries. In the beginning, the St John’s Order, which had been created, was composed of nurses and monks who took care of people. At the same time, the Muslims were unified by Salah-al-dim, and to protect pilgrims, members of the St John’s Order decided to recruit proficient knights. Then there was a crusade let by Richard the Lionheart which made knights, who had been rejected from their place, invading another city – Rhodes. In 1480 this city was attacked by the new sultan of Constantinople, Souleiman, who sent a huge army to force the Order out. As a result, in 1523, the Knights left Rhodes and the Muslim empire expanded in Europe. In 1530, Spain, which became Christian, gave Malta to the Knights to protect the Mediterranean. There was a confrontation in 1565, when Souleiman invaded Malta and eventually the Turks were pushed out. Until 1798 Malta was the centre of peace for religious faith in life. In 1834 the Order settled in Rome and stopped being a military army. The Order of St John is the world’s oldest corporation which is still a part of the Catholic Church. 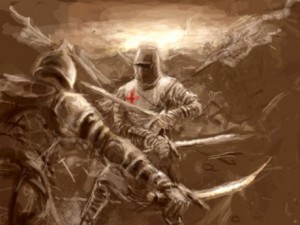