One thing that always surprises our students is just how culturally diverse Melbourne is. Indeed, if you’ve ever caught a tram in the CBD, you’ll know that you can expect to hear a symphony of various dialects and languages.
So, how did Melbourne become such an international hub?

We can trace the beginnings of Melbourne’s melting pot community back to the Gold Rush of the 19th century. Many people immigrated to Victoria because they were attracted by the idea of making a fortune in the gold fields. In particular, thousands of Chinese miners made their way to Melbourne during this period. Diligent and hard-working, many of these settlers began the proud Australian-Chinese community we see today. Furthermore, they gave Melbourne its first strong ties to an Asiatic culture. 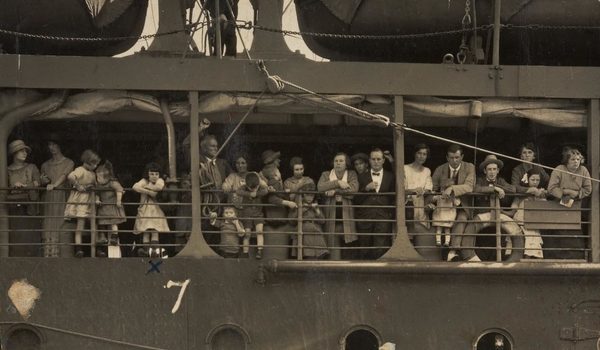 The Australian government introduced strict immigration laws in 1901. Resultantly, the majority of people permitted to immigrate to Australia were white English-speaking Europeans. Namely British citizens. As a result, Australia remained closely tied to the UK in terms of culture and tastes. Statues of British figures began to appear around Melbourne, newspapers focused on the major stories from UK, and Melburnians adopted fashion trends directly from the streets of London. This would only start to change at the end of the Second World War.
Australia lost almost an entire generation of young men during World War II. This meant that after the war it was impossible to fill the abundance of vacant jobs. Moreover, there were very few single men of marriageable age to start families. So what could solve this problem? Mass migration seemed to be the perfect answer. Realising this, officials loosened the immigration laws and thousands of Europeans eagerly accepted the chance for a new life. These immigrants, many of Greek and Italian origin, created the thriving Mediterranean community that is at the heart of Melburnian culture today.

The Vietnam War and Beyond

The next big change to Melbourne’s population came directly after the Vietnam War.
In the mid-1970s thousands of Vietnamese people left their war-torn homeland searching for a safe destination. The Australian public debated whether to accept such a large number of people into the community. Would it lead to an unreconcilable clash of cultures? Many felt uncertain about the wisdom of this decision. However, this was an international emergency and peoples lives were at risk. Eventually the prime minister changed national immigration policy and many of these asylum seekers were able to settle in Australia.
In the late 1970s Australia finally changed its laws permanently, opening its doors to everyone. Nowadays people from all over the world can choose to make Melbourne their home.
If you are interested in learning more about Melbourne’s unique history, don’t miss EC English Melbourne’s next guided excursion to the Immigration Museum.