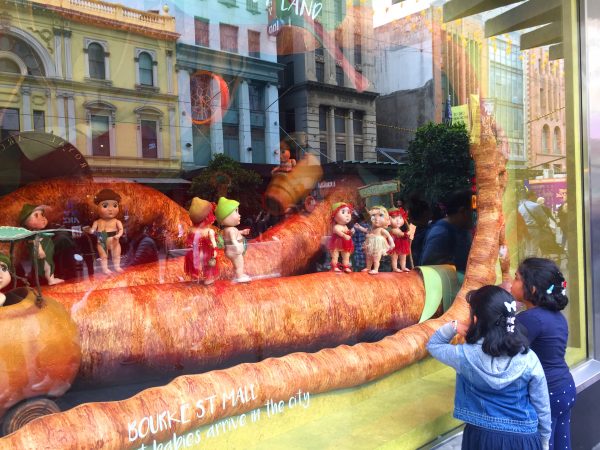 Not just what’s on sale!

In 1956 the head of visual merchandising at Myer convinced management to allow him to create grand Christmas window displays. This was something new, not just Christmas merchandise artfully displayed. These windows would have little if any merchandise in them and would be based on a theme. The theme for 1956 was Santa and the Olympics. The first windows were a huge success and the budget was greatly increased for the following year. Each year the windows became more elaborate and the crowds trying to catch a glimpse of the magical windows grew and grew. The themes for the windows have always been topical. Australian writers and illustrators have had their work celebrated in the Myer Christmas windows. There have been international themes as well. 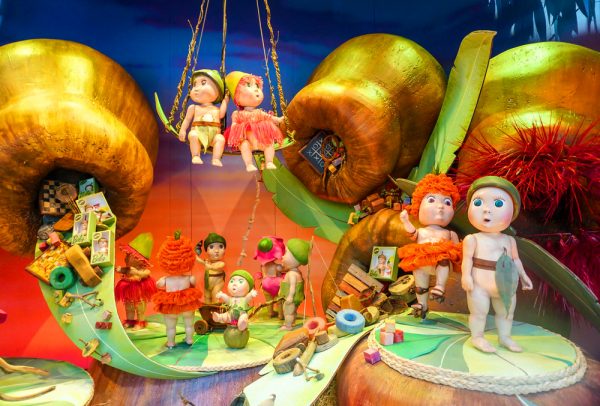 The windows often depict fairy tales or popular children’s stories in three dimensions. Many of the windows have animated figures and lighting that are computer controlled. The windows take eleven months to design, make and install, so the window displays are highly detailed and very realistic.
The windows are comparable to any other displays of this type in the world, if not better. The theme for Christmas 2019 is The Gumnut Babies by Australian author and illustrator May Gibbs.
Snugglepot and Cuddlepie are Australia’s most loved bush fairies and have captured the imagination of Australian children since 1918.