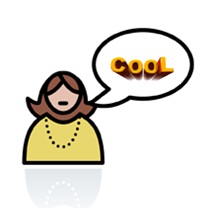 The parts of speech in English are challenging for many students because they may not remember the names for these types of words even in their own language! A lot of students have trouble understanding the difference between adjectives and adverbs, so we thought we’d try to give you some help to remember when you should use adjectives and when adverbs are needed.

Adjectives describe nouns. Now, we have to remember what nouns are; nouns are words related to people, places or things. So, an example of an adjective is “happy” as in “Mark is happy today.” In this sentence, “happy” describes Mark. We can also use lists of adjectives to describe something. For example, “EC is a bright, orange school.”

Another thing to remember is that not all adverbs end in “-ly.” Although many people think of adverbs as “-ly” words, this is not always true. An example is the word “well.” We say, “I play tennis well” not “I play tennis good” because we are describing the verb “play” not the noun “tennis.”  Also, many people forget that “very” is also an adverb, as in, “It is very hot in Miami in August.”

So, next time you are writing a sentence, think twice about whether you need an adjective or an adverb!