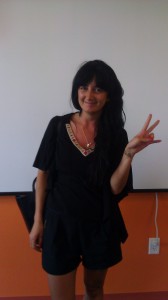 Turkey is a good country to traveling. You can see mix
of the Eastern and the Western cultures together. Turkey’s history orijined from
the Ottomon Empire in the 11th century. So there are lots of historical places
and spectacular structures in Turkey. That’s why; until you see, don’t judge a
book by it’s cover. If you haven’t got enough time priorty you should go to
Istanbul, Antalya, Izmir and Ankara. But if you have time, besides these, you
should see the East Anatolia and  the Blacksea Parts.
Firstly, you should go
to Istanbul. Istanbul is the most popular city in Turkey. There are many
historical buildings and places in Istanbul. For example there are the Maiden’s
Tower, the Grand Bazaar, two bridges and a lot of famous mosques in Istanbul.
You can see very rich people who have expensive cars, in lux cafes or
restaurants. Furthermore you can also see very poor people and women who cover
theirselves like Arabic countries’s women. Generally, Istanbul is a safe city.
However you should be careful and play it safe against from
pickpocketing.
Secondly, Antalya is known well with hotels. Especially cold
countries’ people prefer there for travelling. We have so many clear and amazing
beaches in Antalya. Antalya is in the South part of Turkey. So you can find warm
weather during the year.
Thirdly, Izmir is the most modern city in Turkey.
It’s in the west part of Turkey. I’m from Izmir, that’s why it’s special for me.
Izmir’s people are open minded, modern, hospitable, peaceful and easygoing.
Izmir is popular with girls. The most beautiful girls of Turkey are from Izmir.
Kordon Drive looks like Ocean Drive of Miami. You can ride a horsecart and you
can do sightseeing with ships.
In addition Ankara is the capital of Turkey.
You can see the Anitkabir. The Anitkabir is the tomb of Ataturk who was Turkey’s
founder leader. All our goverment works manage from Ankara. There are all
ministeries and parliament in Ankara.
Finally if you have much time, you
should go to the Blacksea and the East Anatolia Parts. The Blacksea Part has
huge mountains, forests and clear air. The East Anatolia Part has historical
places. But you should be careful. You’d better go with a tour agency. If not,
it will be a shot in the dark. Because The East Anatolia Part is on the line for
the terrorism problem.
You should have the Turkish breakfast especially in
Bosphorus. We have a more different and richer breakfast than other countries.
You should go to the shopping because of cheap prices. You should taste our
traditional meals, raki, meze, Turkish coffee..eg. Besides it’s cost doesn’t an
arm and a leg.
Consequently; opposite of the thinking Turkey is one of the
modernest city in the World. There are several things to do. Without a doubt,
you will never regret to go there. Better late than never.