The city of Miami has been constantly remembered for the franchise movie Bad Boys, and this is no secret to anybody, now is it? It must be that Miami has the excitement and the pizzazz that the series needs. In this regard, Will Smith points out that “the movie is all about friendship. It’s about having somebody through the good times and through the bad times, no matter what happens. Friends fly together, friends die together”. Anyways, it’s just another decade and another Bad Boys film is out. Will Smith and Martin Lawrence are back on Miami Beach after filming scenes here in April at the Broadmoor Hotel and the Mac Arthur causeway. The production of the movie could not have picked a more appropriate hotel inasmuch as the Broadmoor hotel is located on 7450 Ocean Terrace.  It is just across the street from a beach along the Atlantic ocean, and  it is the perfect example of what Art Deco represents. 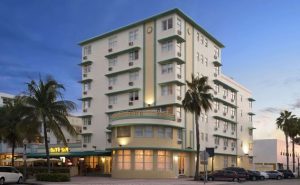 As a matter of fact, the city of Miami concentrates the biggest collection of Art Deco architecture. It displays 900 historic buildings usually characterized by bright colors from pastel blues and pinks, to bright oranges, vibrant yellows, greens and more. On the other hand, the Mac Arthur causeway, which is one direct land route between mainland Miami and the barrier islands of Miami Beach, is possible to be spotted on many of the action-packed scenes from this awesome film. By the way, one of our students in Intermediate from Saudi Arabia, Nawaf, watched Bad Boys For Life, and he was obviously thrilled. As he came from his country to live and learn English in Miami and South Beach, he saw these two and even more quintessential elements of the city of Miami in the movie. He was positively shocked and  really amused by the fact that he saw Miami in the movie the same way he sees it in real life. So, what is cooler than watching Bad Boys For Life and see your school’s hometown on the big screen? 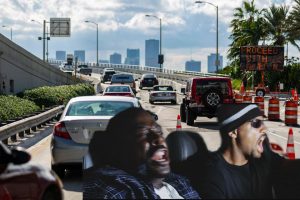