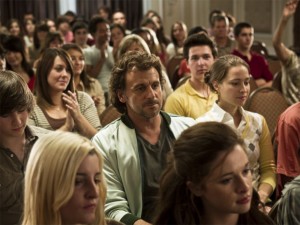 Starbuck, a made in Quebec film that found success on last year’s festival circuit, has been picked up for an American remake by Steven Spielberg’s DreamWork Studios.  According to reports, producer Andre Rouleau said Spielberg was enthralled by the movie after seeing it last month.

Production on the English language version of the film will begin in New York this fall.  The casting process is already underway.

The Quebec film industry is booming!  Montreal has found a nice spot on the international film industry map!  We are proud of this prestigious accomplishment.

We can’t wait to see what Spielberg does with this film!