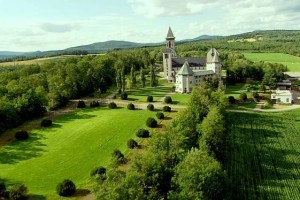 There are so many orchard  ( or”vergers” in French) within an hour’s driving distance from Montreal, that apple picking is really an activity accessible to everyone. 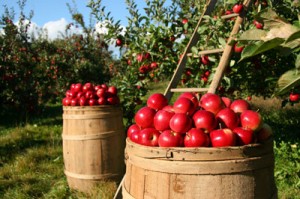 Actually you don’t even need a car anymore to get to an orchard. For a fixed price, the Agence Métropolitaine de Transport offers an “apple orchard tour” with train fare and the cost of a ten-pound bag of apples for each apple picker age 13 and over included in the price (apple pickers ages 12 and under are allocated a 5-pound bag of apples). Just remember to pack a lunch to go as this particular Montreal train Escapade does not include meals. The train departs at the Gare Centrale  at 895 de la Gauchetière West, between Mansfield and University( Bonaventure Metro) with the following schedule:

Saturday return trips arrive back in downtown Montreal at 5 p.m

So, pull out your tasty apple based tarts and pies and start baking a yummy desert as soon get back from you apple picking experience! 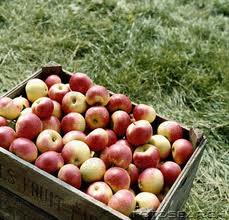