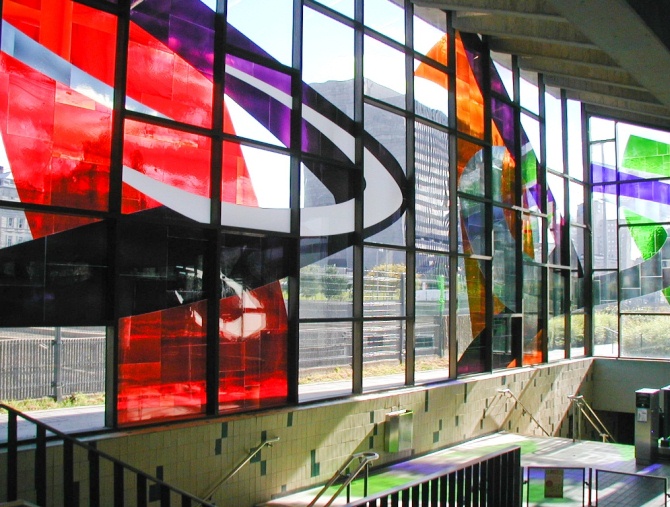 Champ-de-Mars Station opened on October 14th, 1966, as part of the initial subway network of Montreal. Situated in Old Montreal in the Ville-Marie borough, the station is now on the Orange Line of the Montreal Metro rapid transit system. The station is particularly spectacular on a sunny day, when light enters the stained glass windows by Automatiste painter Marcelle Ferron. The windows comprise of of the artist’s masterpieces and according to some, are her most famous work. Back in 1968, they were given by the Government of Quebec as the first work of non-figurative art commissioned for the metro.

Check out all 10 subways that made the list!!  http://delightfull.eu/blog/2012/11/10-worlds-most-beautiful-subway-stations/