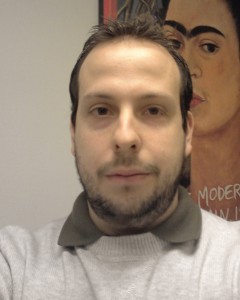 Diego Islas will be joining the EC Montreal team as an intern on April 3, 2013.  Here is a little bit of information about our intern!

Diego was born in Mexico City on August 30th of 1983, he is the youngest of three brothers. From an early age showed interest in learning about the different cultures of the world, reason for which he was enrolled at a German school and later in a school of French origin.

This passion for different cultures and the pride of his Mexican culture led him to obtain a degree in Tourism Business Administration, studying part of his career in San Pablo, Brazil in 2007.

In 2009 took ​​the decision to start his application for being a permanent resident of Canada, goal that has been achieved in 2012.

Diego is newlywed and his interests include travel, languages, reading, sports, and nature.

We wish him much success with his new role at EC Montreal!