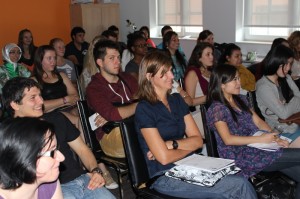 Montreal’s annual world film festival begins today!  The festival will take place in different areas of the city, the Quartier Latin, Cinema du Parc, Le Parisien and the Imperial Theatre.  There will be special movies under the stars showings at the Quartier des Spectacle, outside of Place des Arts.

The first outdoor showing will take place tonight, August 22, outside Place des Arts.  The movie will start at 8:30 p.m.

The festival will go on from August 22 to September 2.  EC Montreal will surely participate in this yearly anticipated event!