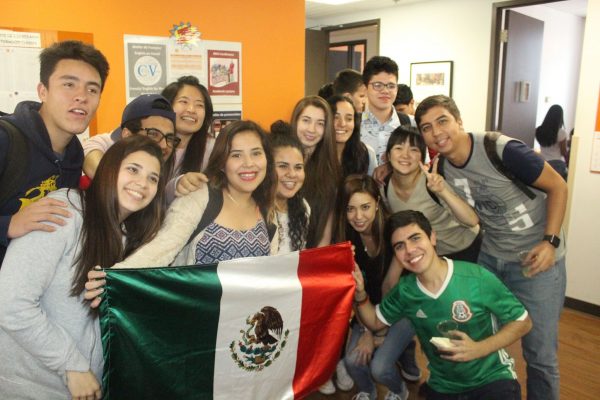 There will be festivities all over Montreal this weekend, celebrating this day!! We celebrated with our EC Montreal students by serving margaritas, churros and other Mexican treats!

In Mexico people celebrate with a big fiesta!!  A fiesta is a party or festival. Fiestas are held for many different reasons that vary from honoring a person, to events in Mexico’s history. Fiestas can be simple or elaborate and can last from one day, up to a week or more. There are many things that can happen during a fiesta, some of these things are colorful parades, music, dancing, eating spicy food, drinking strong drinks, bullfights, rodeos, and fireworks. Vendors come and set up booths to sell toys, souvenirs, food and drinks. 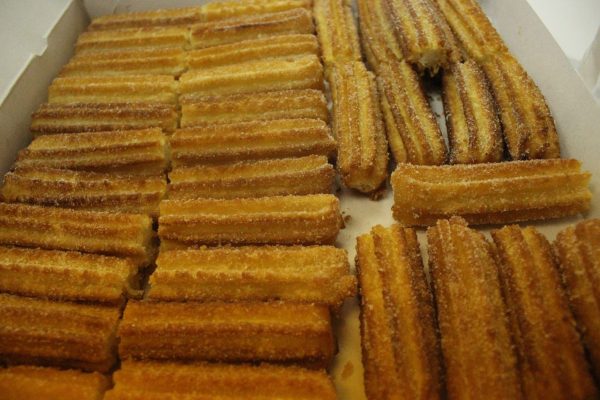 The celebrating begins on September 15 (the eve of Independence Day) by having crowds of people gather in the zocalos (town meeting place) of cities, towns, and villages. In Mexico City a huge square is decorated with flags, flowers and lights of red, white, and green. People sell confetti, whistles, horns, paper-machete helmets, and toys in the colors of red, white and green. The people also eat lots of food.

The people watch the time and when the clock strikes eleven o’clock the crowd gets silent. On the last strike of eleven the president of Mexico steps out on the palace balcony, and rings the historic liberty bell that Father Hidalgo rang to call the people. Then the president gives the Grito de Delores. He shouts “Viva Mexico” “Viva la independencia” and the crowd echos back. People do this at the same time all across Mexico. While the crowd says this they fill the air with confetti, streamers and noise. Castillos explode in showers of red, white, and green. Then people go home and sleep for the next days’ celebration.

The actual day of September 16 is similar to July Fourth in the Untied States. There are rodeos, parades, bullfights and horseback rider performances. The people feast and recall Hidalgo’s speeches. There are statues in memory of Father Hidalgo and people decorate them with flowers that are red, white, and green.

Join a school that cares come learn French or English in Montreal!