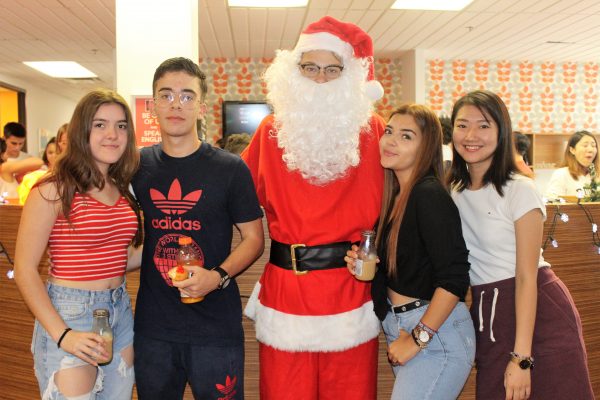 EC Montreal held a Christmas in July celebration today.  This is an annual celebration that we look forward to.  We got the idea from attending camp as children.  They would celebrate Christmas in July.  Santa Claus would come and bring gifts to all the children and we would eat festive treats.  We always assumed that this custom was a North American tradition and came about from wanting to spread holiday cheer throughout the year.  After doing some research, we discovered that celebrating Christmas in July actually started in Europe.  It was a way to celebrate Christmas during the warmest months of the year as people crave the coolness of winter during the very hot summer days.  People have also been said to miss the gift giving and holiday spirit from Christmas.  Our research also showed that these types of festivities began in the 1980s.  Celebrations usually include traditions like Santa Claus, ice cream and other cold foods as well as gifts. 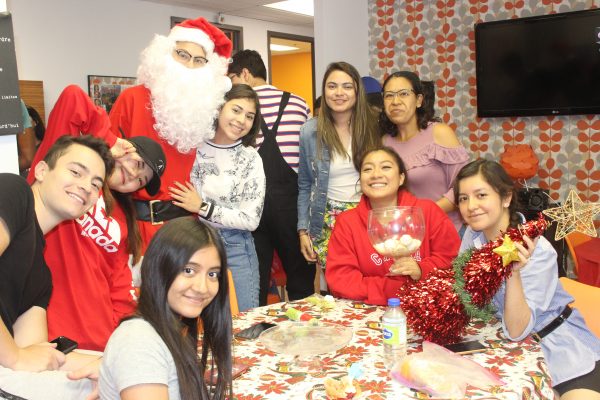 There is also a theory that this tradition came about from a group of Irish tourists who went for a summer vacation to Sydney’s Blue Mountains in July in the year 1980.  They were apparently overjoyed to see the sight of snow in the mountains that they convinced the local hotel to throw a party called “Yulefest”.  The idea was supposedly an instant hit and caught the attention of everyone present.  The hotel owner saw this as a golden opportunity for business and began holding a Christmas in July party every year in July. 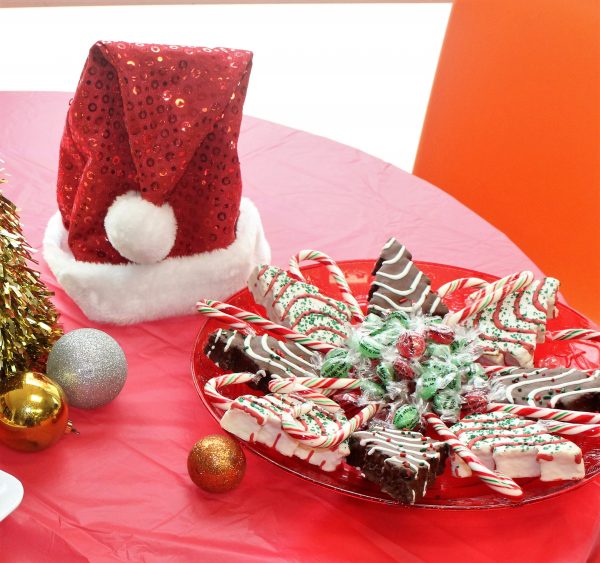 No matter how this tradition began, it is something that we really enjoy celebrating at EC Montreal!  We decorated our student lounge with Christmas trees and garland.  We served Christmas cakes, cupcakes, cookies and candy canes.  Santa Claus also paid us a visit and spread holiday cheer!  Students lined up to take photos with Santa while listening to holiday tunes!

It was a very festive morning for all the students and staff!  Merry Christmas in July from all of us at EC Montreal! Study & Learn English in Montreal Canada with us and enjoy our free activities!