Yoga (Sanskrit, Pāli: योग yóga) is a physical, mental, and spiritual discipline, originating in ancient India, whose goal is the attainment of a state of perfect spiritual insight and tranquility. The word is associated with meditative practices in Hinduism, Buddhism and Jainism.
Within Hindu philosophy, the word yoga is used to refer to one of the six orthodox (āstika) schools of Hindu philosophy.; Yoga in this sense is based on the Yoga Sutras of Patanjali, and is also known as Rāja Yoga to distinguish it from later schools. Patanjali’s system is discussed and elaborated upon in many classical Hindu texts, and has also been influential in Buddhism and Jainism. The Bhagavadgita introduces distinctions such as Jnana Yoga (“yoga based on knowledge”) vs. Karma Yoga (“yoga based on action”).
Other systems of philosophy introduced in Hinduism during the medieval period are Bhakti Yoga, and Hatha Yoga.
The Sanskrit word yoga has the literal meaning of “yoke”, from a root yuj meaning to join, to unite, or to attach. As a term for a system of abstract meditation or mental abstraction it was introduced by Patanjali in the 2nd century BC. Someone who practices yoga or follows the yoga philosophy with a high level of commitment is called a yogi or yogini.
The goals of yoga are varied and range from improving health to achieving Moksha. Within the Hindu monist schools of Advaita Vedanta, Shaivism and Jainism, the goal of yoga takes the form of Moksha, which is liberation from all worldly suffering and the cycle of birth and death (Samsara), at which point there is a realization of identity with the Supreme Brahman. In the Mahabharata, the goal of yoga is variously described as entering the world of Brahma, asBrahman, or as perceiving the Brahman or Atman that pervades all things. For the bhakti schools of Vaishnavism, bhakti or service to Svayam bhagavanitself may be the ultimate goal of the yoga process, where the goal is to enjoy an eternal relationship with Vishnu.
In Hindu philosophy, Yoga is the name of one of the six orthodox philosophical schools. The Yoga philosophical system is closely allied with the Samkhya school. The Yoga school as expounded by the sage Patanjali accepts the Samkhya psychology and metaphysics, but is more theistic than the Samkhya, as evidenced by the addition of a divine entity to the Samkhya’s twenty-five elements of reality. The parallels between Yoga and Samkhya were so close that Max Müller says that “the two philosophies were in popular parlance distinguished from each other as Samkhya with and Samkhya without a Lord….” The intimate relationship between Samkhya and Yoga is explained by Heinrich Zimmer:
These two are regarded in India as twins, the two aspects of a single discipline. Sāṅkhya provides a basic theoretical exposition of human nature, enumerating and defining its elements, analyzing their manner of co-operation in a state of bondage (“bandha”), and describing their state of disentanglement or separation in release (“mokṣa”), while Yoga treats specifically of the dynamics of the process for the disentanglement, and outlines practical techniques for the gaining of release, or “isolation-integration” (“kaivalya”).
Patanjali is widely regarded as the founder of the formal Yoga philosophy. Patanjali’s yoga is known as Raja yoga, which is a system for control of the mind. Patanjali defines the word “yoga” in his second sutra, which is the definitional sutra for his entire work:
This terse definition hinges on the meaning of three Sanskrit terms. I. K. Taimni translates it as “Yoga is the inhibition (nirodhaḥ) of the modifications (vṛtti) of the mind (citta)”. The use of the wordnirodhaḥ in the opening definition of yoga is an example of the important role that Buddhist technical terminology and concepts play in the Yoga Sutra; this role suggests that Patanjali was aware of Buddhist ideas and wove them into his system. Swami Vivekananda translates the sutra as “Yoga is restraining the mind-stuff (Citta) from taking various forms (Vrittis).”

A sculpture of a Hindu yogi in the Birla Mandir, Delhi
Patanjali’s writing also became the basis for a system referred to as “Ashtanga Yoga” (“Eight-Limbed Yoga”). This eight-limbed concept derived from the 29th Sutra of the 2nd book, and is a core characteristic of practically every Raja yoga variation taught today. The Eight Limbs are:
Yama (The five “abstentions”): non-violence, non-lying, non-covetousness, non-sensuality, and non-possessiveness.
Niyama (The five “observances”): purity, contentment, austerity, study, and surrender to god.
Asana: Literally means “seat”, and in Patanjali’s Sutras refers to the seated position used for meditation.
Pranayama (“Suspending Breath”): Prāna, breath, “āyāma”, to restrain or stop. Also interpreted as control of the life force.
Pratyahara (“Abstraction”): Withdrawal of the sense organs from external objects.
Dharana (“Concentration”): Fixing the attention on a single object.
Dhyana (“Meditation”): Intense contemplation of the nature of the object of meditation.
Samādhi (“Liberation”): merging consciousness with the object of meditation.
In the view of this school, the highest attainment does not reveal the experienced diversity of the world to be illusion. The everyday world is real. Furthermore, the highest attainment is the event of one of many individual selves discovering itself; there is no single universal self shared by all persons. 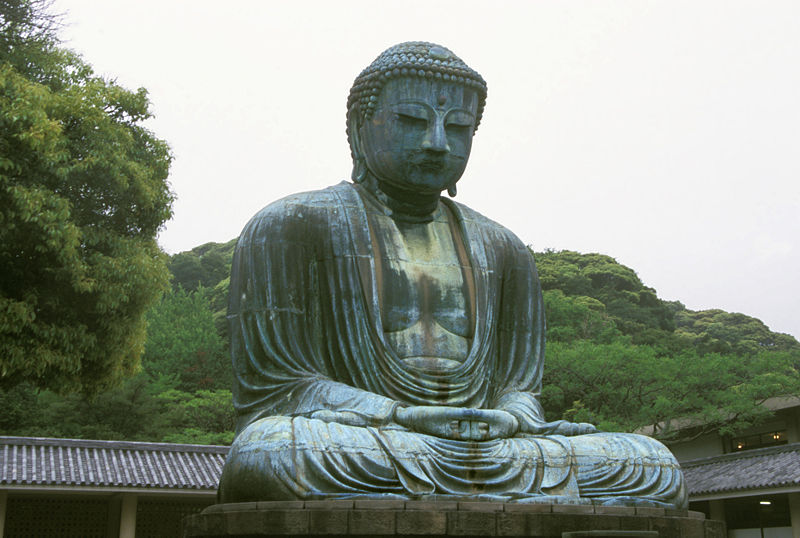