This book is about one murder that happened in Bristol. The main character, Peter Jones, worked at a company called Universal Transport Limited. While he was driving his lorry and heading to Manchester, he met a boy. The boy’s name was John Steven, and he was hitching a ride because he wanted to get away from his uncle, who was a strict teacher. 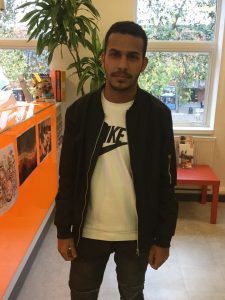 John lost his parents when he was young, and from then, he was living with his uncle. One day John and his uncle got into fighting over his uncle’s strict rules, and after John hit his uncle hard, he ran away. Later he found out that is uncle was found dead and he was searched for the criminal for this murder. The newspaper said that his uncle was killed with the leg of a chair, but because he thought he was completely innocent, he started to look for the guilty person in Manchester.

With Peter and his old friend’s help, John succeeded to find the real person who killed John’s uncle. While Peter and John were collecting information about the case, one person named Bob Steel played an important role in the story, but I can’t tell you about him and the ending of this book, so please read this! It was an exciting and heart warming book!

My favourite character in this book was Peter Jones because he did what he was able to do in order to help John Steven to find the murderer. I liked this book because I learned that you can’t trust everybody. John and Peter trusted Bob Steel and they shouldn’t do that. You should read this book because it was exciting to read, quite easy to understand and I didn’t think it was the murderer who was found in the end.