This weather is killing me! It’s extremely hot and humid here in Oxford and to avoid the heat, I decided to go to the cinema. Let me tell you about the amazing film I watched: the live motion version of a Disney classic, The Lion King. 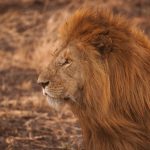 As you may know, this isn’t the first Lion King film to be made. Disney didn’t disappoint and was true to the 1994 classic. If you know the animated film, you will be happy to see the same images, the same story and, most importantly, the same songs!

This live motion film is filled with stars: from the Grammy Award winner Beyoncé to the BAFTA winner Chiwetel Ejiofor, the star-studded film has been praised for being inclusive, with most of its cast being from African descent.

The main characters, Simba and Nala, are voiced by Donald Glover and Beyoncé respectively. Both of them have the chance to show off their singing skills throughout the film, but we do get the chance to hear Beyoncé much more than any other star.

Scar’s voice is that of Ejiofor, a British actor most known for his role of Solomon Northup in 12 years a slave, role for which he won a very deserving Academy Award.

We can’t forget two of the most beloved characters of the story: Timon and Pumbaa. The funny pair, voiced by Billy Eichner and Seth Rogen, lived up to my expectations and offered a great scene linked to a previous Disney film. Wanna know which one? I’m afraid I won’t spoil this great moment for you!

The most emotional character is probably Mufasa. This might be the reason why the original voice, the great James Earl Jones, was chosen to reprise the role. Jones’ voice is also behind the famous Darth Vader’s mask. Who can forget those famous words? “No, I am your father”

And you may ask, how is this a live film? Did they use real lions? Well, no, that would be silly. And dangerous. When they describe this film as “live motion” they mean they used the most updated version of a powerful computer to create the images. And I must say, what images! All the animals, plants, scenery… it all looks so real you forget this is an animated film.

The director, Jon Favreau, has acted in a long list of films, including the Marvel Cinematic Universe where he plays the character of Happy Hogan. The Lion King isn’t his first live motion movie; he is also responsible for the 2016 live motion version of The Jungle Book.

This is a Disney film and as such, its soundtrack is one more character. The 1994 classic tunes such as “The Circle of Life“, “I Just Can’t Wait to be King” or “Hakuna Matata” can be heard throughout the film, but the new soundtrack is astounding. Beyoncé has, one more time, outdone herself and has given us a gift. The Lion King: The Gift is her own way of expressing her feelings around the story of Simba through 27 tracks, including “Spirit”. She has invited other artists to join her: Jay Z, Childish Gambino, Kendrick Lamar, Pharrel… We can also hear African singers like Wizkid, Burna Boy or Shatta Wale.

I thoroughly enjoyed the film. It might have been the child in me or my love for anything Queen B does. Or we can admit that this is a good film. The photography is amazing, the soundtrack is electrifying, and the story was so good that even Shakespeare was happy with it!

And you? How are you dealing with the weather? If you learn English in Oxford, this weather is a great excuse to go to the cinema. If you watch The Lion King, make sure you leave some comments!