Coming up this week is Friday 13th. Not the film, but the day. Like Jason, though, this day brings bad luck for everyone who comes across it – or at least that’s what people believe. 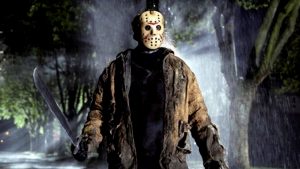 It doesn’t, of course; Friday 13th is just as good or as bad as any other Friday. It’s just one of the many irrational beliefs that are passed down the generations, either through religious indoctrination or simply cultural habit. These beliefs are called superstitions.

Are you afraid of black cats? Would you hesitate to open an umbrella indoors? Do you sometimes knock on wood?

If so, then you are probably superstitious. I used to be like that, spending my days saluting at every magpie that I saw out the window, stepping around ladders rather than under them, and hating myself for smashing a mirror one time, apparently bringing myself seven years of bad luck in the process. These beliefs can change the way we go about our daily lives, and quite frankly can really get in the way.

They do have interesting origins, though. The number 13, for example, viewed by many as bad luck, comes from the biblical last supper, when Jesus dined with his 12 disciples, ultimately being betrayed and later crucified. The resulting idea that having 13 people around the table is bad luck has continued to this day, 2000 years later! Knocking on wood is said to have come from the ancient Indo-Europeans, who would touch the trees around them to invoke the blessing of the spirits within.

If you’re interested in finding out more, I highly recommend watching this TED Ed video (https://www.youtube.com/watch?v=quOdF1CAPXs), which details these and more origins of superstitions. Here’s a couple of comprehension questions to find the answers to:
1. What is the name for the fear of the number 13?
2. Why do Italians fear the number 17?
3. Which two numbers are considered bad luck in East Asia?
4. Why do people continue to believe these things?

Every culture has its own superstitions. Now that you have been learning English in Oxford for a while, do you have any British superstitions?