Last week, our Advanced class wrote about one of their most important memories. Here’s part 1: Emir tells us about his exam at university. 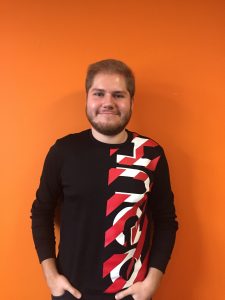 The day that I took my university exam is still in my mind like yesterday. Most students in Turkey had been feeling like in that time because it was the day which will be able to completely shape our future. The process that helpless students have been pushed to work harder everyday was unexplainable because the exam system is so annoying and stealing the best and beautiful times of students and isn’t like a system which is able to seperate students according to their levels. It supposed to seperate students right normally, isn’t it? Because in Turkey every students don’t have the same life standards and facilities.

People can be sure that the horrible dream of a student in Turkey is this exam. Working hard and carefully is essential and necessary to pass the exam if the student wants to go to a good and recognisable well-known university. The time for me was too difficult to put into words. It can’t be described with words. Times were my prison that I stuck into it and won’t be able to freely escape until the time that the exam finished and the peaceful ringtone was heard.

Hopefully the result wasn’t as horrible as I taught. The exam wasn’t as easy as ABC so most students failed in exam. There was 3 million students who took the exam but 1 million of them failed and my rank was 54000. It became like an excellent result to me because it was fabulously enough to get me the university of my dreams. It’s government university because private universities in Turkey cost an arm and a leg but government universities are free instead of the universities in the UK. It wasn’t my choise to choose business administration, it was my father’s choise. At the beginning, we hadn’t been sharing the same ideas but after a while he convinced me to study business. In my first year, I couldn’t say that I’ve got used to studying business because it wasn’t my cup of tea but I put my thinking cup on about it and realised that I had to do it to carry on our family business so I pushed myself to get used to studying business and I hope I’ll successfully do it because I want to believe that I’m a quick learner.

Emir decided to learn English in Oxford to make sure he’s able to talk to his clients. What about you? Check out our courses and spend some time learning with us!