A HIDDEN GUIDE TO…

Some of the Advanced students have written hidden guides to their countries of origin. Here we have the third one.

Carmen is from Bogotá, the capital of Colombia, a tropical country in the heart of South America. 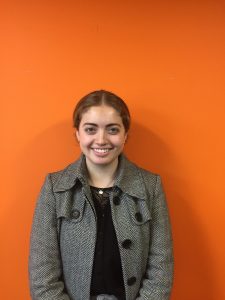 Colombia is a beautiful country situated in the north of South America. The country is bounded on the north by the Caribbean Sea, and the West by the Pacific Ocean. Colombia’s Pacific coast is one of the country’s lesser known regions. Much of it can only be reached by plane, but the rewards are spectacular. From stunning shores and wild jungles, through to grand humpback whales and amazing waterfalls, here’s the best guide.

The Pacific coast of Colombia gives one of the country’s most glorious natural spectacles: spotting humpback whales. These mighty animals arrive in the Pacific region every year in June and July, and stay until October. At the end of the mont they give birth and raise their creatures. The best spots for whale watching are Nuquí, El Valle, Bahia Malaga and Bahia Solano, and there are plenty of trips running whale watching tours during the season.

Most whale watching trips from El Valle include a visit to Utria National Park as part of the tour. Few places contain such beauty and mystery as the Utría Inlet located on the Colombian north Pacific coast, in Chocó department. A vast park made up of jungle, mangroves, and gorgeous beaches, Utria is up there as one of the country’s most stunning parks.The Inlet is a changing landscape. It grows or decreases according to the tide. Most visitors choose to take a stroll along a long passage through the mangroves, hike through the jungle to a nearby beach, or relax on the island beach, Playa Blanca.

The Pacific coast is home to the two prestigious Grail diving sites of Colombia: Malpelo Island and Gorgona Island. Malpelo, an isolated rocky island,500km (311 miles) from the mainland, can only be visited as part of a diving expedition. That’s not a problem because the reward is huge: more than 500 hammerhead sharks have been seen there. On the other side, Gorgona is closer to the mainland and the diving is equally impressive: if you are lucky you can spot whale-sharks, humpback whales, and sea turtles.

The jungles of the Chocó Pacific region are some of the most wettest places on earth. That’s makes them extremely special and makes their biodiversity even bigger. No trip to Colombia is complete without spending some time with nature, hiking in the jungle. Even though, it’s not recommended to simply head out alone into the grove, as these areas are home to plenty of poisonous snakes, and it’s easy to get lost. However, hotels and tour agencies offer jungle trekking options. The most popular one’s are located in El Valle and Guachalito Beach. They usually, end up at beautiful waterfalls in the depths of the jungle and sharp-eyed hikers can even spot colourful poison arrow frogs along the journey.

The jungles of the Chocó, on the Colombian Pacific Ocean, count on an incredible bird diversity, in the world’s most bird-diverse country. As a visitor of the country you won’t want to miss the chance to head out into the forest in exploration of some of the remarkable species that lives in the region. The very best birding takes place on the road between Bahia Solano and El Valle, along the jungle trail behind El Almejal Ecolodge, and in the wilderness between El Valle and Utria National Park. Local guides can be arranged in most hostels and hotels.

The Ecolodge El Almejal, in one of the warm accommodations in the zone of Bahia Solano on the Colombian Pacific. It’s one of the bests hotels in the zone, offering a restaurant, plus views of the forest and ocean. On top of that, they offer different programs to enjoy the place: Whale watching excursions, Dolphin watching programs, Birdwatching excursions and something called Magic Pacific, in which you are invited to view the sunset and scour the zone during the night.

Carmen has the chance to learn English in the UK and share her beautiful country with everybody else. Why don’t you join her?