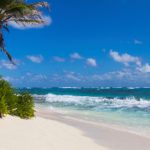 A HIDDEN GUIDE TO… Some of the Advanced students have written hidden guides to their countries of origin. Here we have the third one. Carmen is from Bogotá, the capital of Colombia, a tropical country in the heart of South America.   A Hidden guide to Colombia’s Pacific Coast Colombia is a beautiful country situated in the north of South America. The country is bounded on the north by the Caribbean Sea, and the West by the Pacific Ocean. Colombia’s Pacific coast is one of the country’s lesser known regions. Much of it can only be reached by plane, but the rewards are spectacular. From stunning shores and wild jungles, through to grand humpback whales and amazing waterfalls, here’s the best guide. Whale watching The Pacific coast of Colombia gives one of the country’s most glorious natural spectacles: spotting humpback whales. These mighty animals arrive in the Pacific region every year in June and July, and stay until October. At the end of the mont they give birth and raise their creatures. The best spots for whale watching are Nuquí, El Valle, Bahia Malaga and Bahia Solano, and there are plenty of trips running whale watching tours during the season. Utría National Park Most whale watching trips from El Valle include a visit to Utria National Park as part of the tour. Few places contain such beauty and mystery as the Utría Inlet located on the Colombian north Pacific coast, in Chocó department. A vast park made up of jungle, mangroves, and gorgeous beaches, Utria is up there as one of the country’s most stunning parks.The Inlet is a changing landscape. It grows or decreases according to the tide. Most visitors choose to take a stroll along a long passage through the mangroves, hike through the jungle to a nearby … Read more 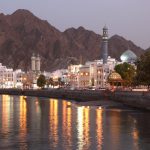 A HIDDEN GUIDE TO… Some of the Advanced students have written hidden guides to their countries of origin. Here we have the second one. Rahil is from Oman, a country in the south of the Arabian peninsula. She tells us what it’s like to live in the desert.   A HIDDEN GUIDE TO… OMAN     Hello 40C! Yes, it reaches 40C in June. As the summer can be burning in Oman. You still have got a lot to do in such a fiery desert country. Booking for a week in a luxury resort near the beach or in the middle of the sand sounds relaxing, eating middle eastern food served in modern ways, and emptying your wallet in big indoor malls buying latest designer summer clothes. That’s how you would like to spend your holiday in Oman, but what about the desert’s secret treasures? Majlis Al Jinn, which literally means (demons board). It’s the second-largest known cave chamber in the world. Located in the north-eastern of the country, but if you are not good in Fast-robing, then you better only watch and enjoy the camel rides around the area. Al Hoota cave is an easier cave to enter and spend some time wandering around the eye-catching Stalactite. Desert adventures are everywhere, you can enjoy camping at almost every part away from the city for a stargazing night, or up your game and go climbing to Jabel Shams (Sun mountain), the highest peak in Oman, but don’t forget to take some heavy clothes with you. If you are a Banshee person, then Sharqiya sands will be definitely the place for you. There is an oasis in the desert. Khareef season in southern Oman, which means (autumn), but it actually happens in summer, makes a lot of sense, I know! From … Read more