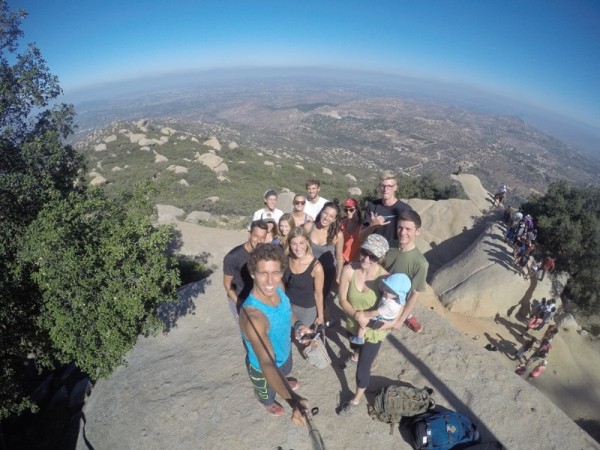 Our teacher, Jen G, had the amazing idea to set out on a hiking trip. Like the military, Jen set down several rules to follow, otherwise nobody was allowed to attend the special trip. A t 0800 everyone met at the Ramona Fire Station with the required items: sunscreen, 2 Liters of water, and food to hike up to the Potato Chip.

The Swiss people felt at home going up to the summit, while the Americans had problems keeping up with the fast hikers. Just kidding, they did really well, even though they were carrying more weight in their backpacks. 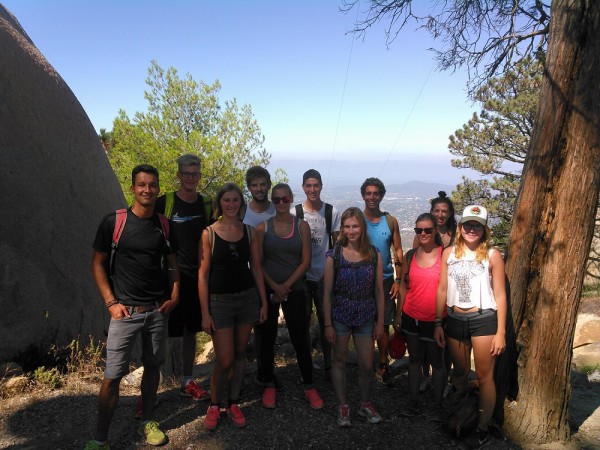 After reaching the Potato Chip Rock, the class realized that 1000 other people were waiting to take a picture on the Potato Chip and decided not to take a photo here. Fortunately, we found another place for a photo op. Here, Dominic decided to climb a huge boulder. Getting up a massive boulder is one thing, getting down another. He almost kissed the ground with his nose getting back down. After this thrilling experience, we prepared ourselves to return to our cars. It took us 30 mins to reach our parking spot. It was an amazing morning. The class reunion will be on Mount Everest 😉 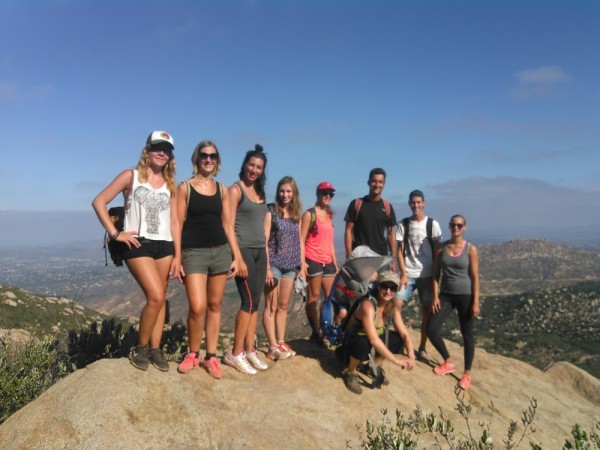