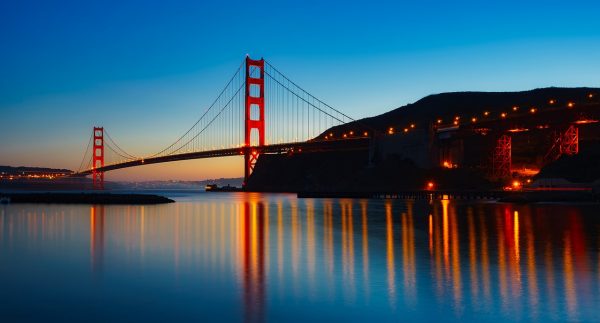 Although we’d love to see you in person at EC San Francisco, we know not everyone can make it. That’s why we launched EC Virtual, our Online English courses, so you can experience the same great EC experience from home!

We can shape our use of English to add emphasis in a number of different contexts. For example, to give strong advice, to express opinions clearly, to disagree, to show concern, to entertain. The list is endless.

One of the most effective ways to make language more emphatic when using English is by inverting a sentence’s regular word order. Emphasis in this way is often presented through written language and is of a highly formal register. Let’s take a look at the following sentence:

1) She had never seen such an impressive live performance

The sentence above displays a regular, relatively common word order in English. We have our subject (She), followed by a negative verb form in the past (had never seen) and a modified object (such an impressive live performance). Now let’s look closely at a second example:

2) Never had she seen such an impressive live performance

Our second sentence clearly demonstrates a shift in the first example’s word order. Never is what is known as a ‘Negative Adverbial’. Above, Never has been taken away from the sentence’s main verb phrase and inserted at the beginning. Additionally, the past auxiliary had is placed in front of the subject, she. The basic formula for transforming common sentences into more emphatic statements is as follows:

3) Never had we heard such a fascinating story

Despite using the past perfect in sentences 2) and 3), this formula remains reliable with the present tense also. For example:

Other Negative Adverbials include: rarely, not since, hardly, never before, not until, little, at no time etc.

‘No’/Only’ Expressions include: under no circumstances, not only, no sooner, in no way, only when etc.

Take a look at the following sentence pairs and start practicing your own form of emphasis in class!