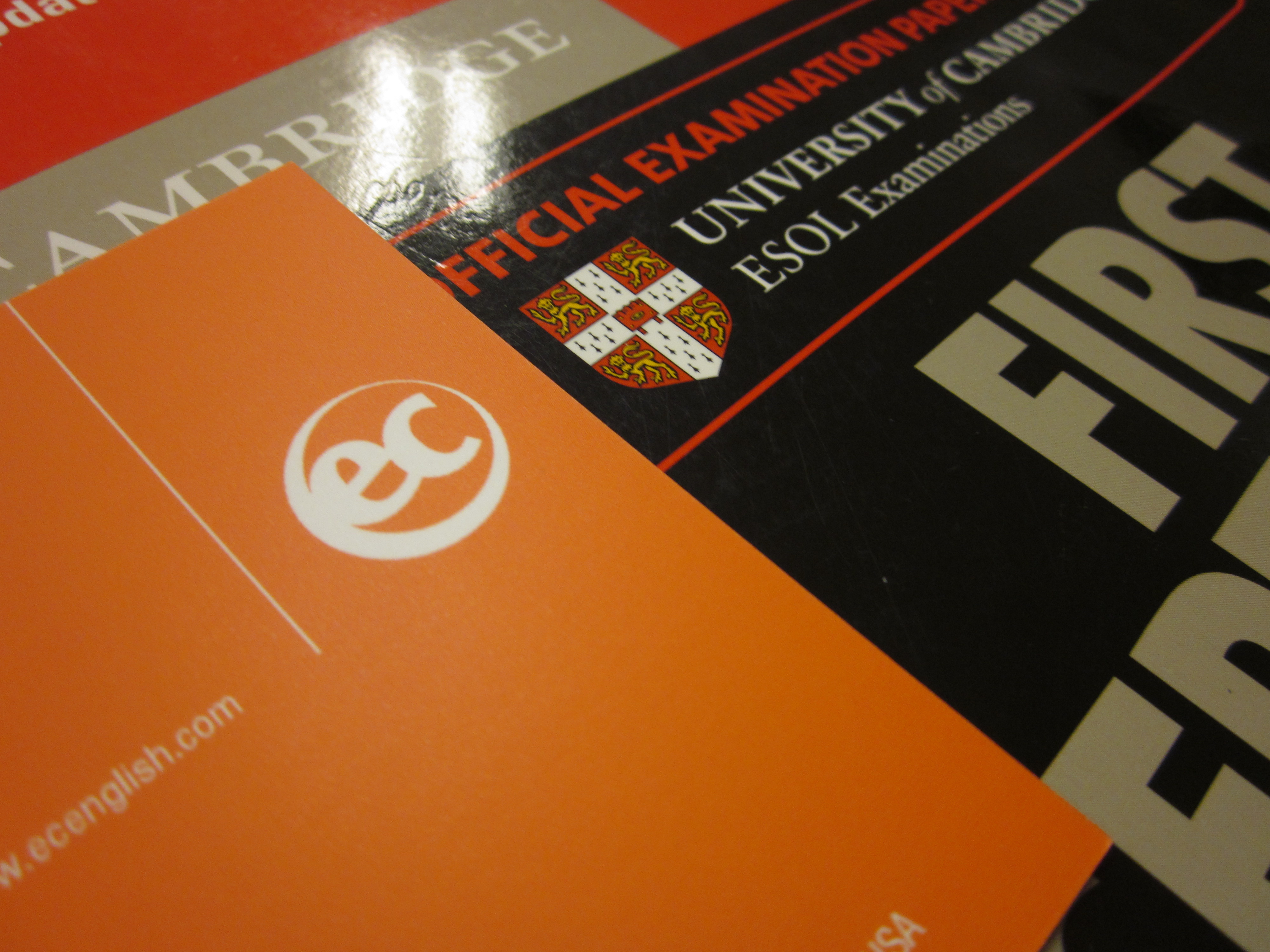 One of the most challenging sections for students at EC San Francisco English school when taking a Cambridge ESOL examination is the Use of English ‘Key Word Transformation’. This section of the exam requires a student to understand a number of different relationships simultaneously occurring within the English language. Candidates are provided with an example sentence and a ‘key word’. Using this ‘key word’, the student is expected to re-write the original sentence whilst keeping it’s context and meaning the same. One point may be awarded for a semi-correct answer that appropriately uses the key word, while two points is awarded for a perfect sentence. There are a number of procedures, tips and techniques to get better at this type of exam task. However, the most effective advice I can give is to practice, practice and… yes, practice! Below is a list of some of the fundamental (that means basic!) language mechanisms Cambridge ESOL expects its candidates to be familiar with:

– Collocations in the formation of two part phrasal verbs (break up/fill out/take off)
– Changing present tenses from an infinitive to a gerund (William likes to eat chocolate vs. William likes eating chocolate)
– Personal pronoun inversion (I shouldn’t eat pizza vs Eating pizza isn’t good for my health
– Fixed expressions synonymous with words in the original sentence (I hate it when dogs bark vs. I can’t stand it when dogs bark)
– Shifting a tense or word category found in the original sentence to a different tense whilst keeping the same meaning in the second sentence (I enjoyed playing soccer with my friends vs. I played soccer with my friends and it was enjoyable)

Looking at the list above might seem scary, but that is normal! Improving your score on key word transformation takes time and is similar to driving a car. Imagine you’ve never had driving lessons. At first, you might think driving seems easy. All you have to do is put your seat belt on and hit the accelerate or break pedals right? In a years time, once you have passed your driving test you begin to understand that driving a car requires you to understand a variety of smaller tasks, all of which make you a great driver. You need to check your mirrors, be aware of other people in the street, make way for bicycles and begin to stop for a traffic light in plenty of time. Keyword transformations are very much the same. Start slow, master the basic techniques and keep on practicing.

Here is an example of an FCE (High/Upper Intermediate) key word transformation task:

In the example above, we can see that the subject is the same for both sentences (the plane). However, the past simple verb ‘left’ is not included in the gap fill. The key word provided is ‘took’, meaning the candidate will probably need to use a phrasal expression using ‘took’ which means the same as ‘left’. At this point, it is important to look back at the subject we are talking about (the plane). What other kinds of verbs can be used with a plane? At this level, most students are familiar with the phrasal verb ‘to take off’. Let’s try that:

The plane to take off the terrible weather. Not quite but almost! In the first sentence we can see that the main verb tense is in the simple past. Why don’t we correct the form of this phrasal verb and make it the same verb tense. The Plane took off the terrible weather. Nearly there! This second answer would provide students with one point. One point is okay, but doesn’t a perfect two points sound even better?! What information are we missing? This is the easy part: transferring one or two original words into the answer.

Perfect answer: The plane took off despite the terrible weather.

Similar to the first example, we can see some of the language from the first sentence has been carried over to the second sentence for us. All we need to do is decide which remaining part of the sentence might be used with our key word several. It is here where a student’s experience and confidence to re-structure English is valuable. At first, it might seem like a good idea to copy over ‘several customers’, however, this is not creating a new expression with the key word. Understanding the relationships between word categories is an important function in key word transformation. A student might think, ‘okay, so several people have complained, if several people have complained, there must be several complaints‘ (noun of ‘to complain’). Let’s write it down. There several complaints about the poor service. That looks okay, but where are the verbs?! By looking at the example sentence, we can decide on which tense might be appropriate. The sentence reads, have complained. ‘Have’ + past participle. I know that tense… present perfect. Aha! All we need now is ‘have’ and the correct past particle. Which particle do you use? Easy, you ask your self a question about the example sentence.

Q: Were there several complaints about the poor service?
A: Yes, there were. That is your past participle.

Perfect answer: There have been several complaints about the poor service.

I hope the examples and explanations above provide a clear understanding of how to train your use of English when answering key word transformations. Have a go at these tasks below using no more than five words in the gap. Simply grab a pen and try to address the questions in a similar way to the ones we just looked at. The answers to these will be posted in two weeks time!