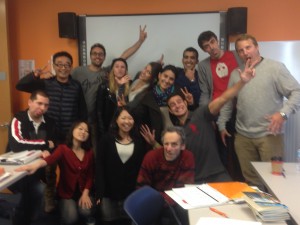 I hope you are all ready for a short week, as this next week will see only three school days due to the Thanksgiving holiday. I’m sure you’re all very broken up about it. I thought I’d take this chance to tell you about what could be the best class session I’ve ever had at ECSF.

Last week the students of the Intermediate class I teach with Karl held an Oxford style debate. For those of you who are unfamiliar Oxford style debates, they are entertaining, passionate, and always lively. This debate format is featured in the hugely popular NPR program, Intelligence Squared.

The debate motion was “the world should have an official language.” You can imagine how polarizing this idea was. The class was divided into three groups. There were two teams who debated “for” and “against.” The third group was the audience, all of whom were polled for their opinion both before and after the debate. The team who changed the most minds won.

The arguments made on both sides were compelling and convincing. The students tackled issues such as the challenges the world would face in protecting the “non-official” languages, making language education affordable and available to everyone, and also how the world would decide what language should be chosen.

The audience was professional and objectively considered all the arguments. Likewise, the debaters were engaged, honest, and did a thorough job of researching and developing their arguments. In the end, the team “for” managed to win the debate but everyone in the class came out as winners and had a great time. It was a truly wonderful experience that I plan to repeat again very soon. To the students involved in this debate, you all did a great job. 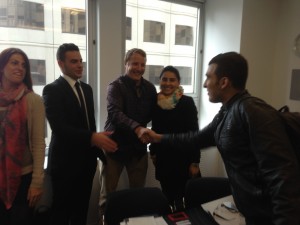 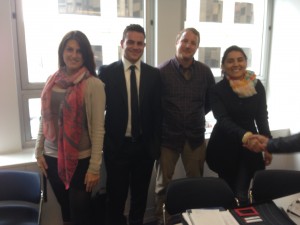