Whether you are a fan or not of this sport, if you are coming to San Francisco and it is Basketball season, going to watch the Golden State Warriors play…my bad…WIN! It’s a must do that you need to have on your San Francisco’s Bucket List!

Believe me when I tell you that watching an NBA basketball game is one of the most exciting things to do in the United States. The ambiance generated in the arena is amazing, you’ll see all kinds of people! The crazy fanatic who has owned a season pass since 1970, the cool guy who wears a specific outfit and dances like no one’s watching just so the Dance Cam catches his attention, from the baby kid of the house to the grandpa!

One of the cool things was that neither me nor the other 16 students who went to the game had ever seen a live NBA game! So we were like little children going to Disneyland!
The game was amazing, seeing those tall guys doin’ some dunks was incredible, no one could believe how high they could jump! Also the shows in the middle of the games or between the quarters were really cool! And best of all…seeing the Golden State Warriors beat the Bucks! It was a really close game!
One of the things we noticed is that basketball is a really fast and dynamic game! So, it was over before we could realize it!

I would also like to thanks the students who came to the game! I know we had an awesome time and I hope we do it again!
Hugs guys! See ya ’til the next post!
Peace out!
Att: The most awesome ambassador of all times…Daniel 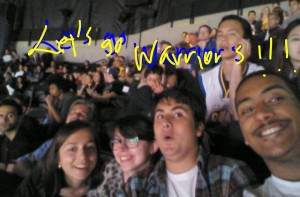 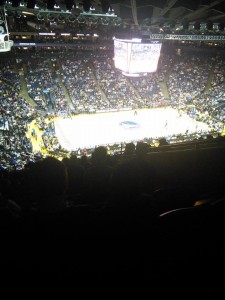 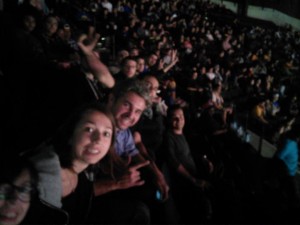